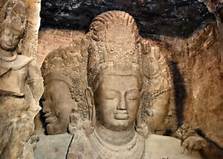 Continuing its endeavour to promote India’s glorious culture and Heritage, the Ministry of Culture, Government India is committed to showcase India’s cultural vibrancy to the entire world. Addressing media persons in New Delhi today on Budget 2018 and achievements of Ministry of Culture, Minister of State (I/C) for Culture and MoS for Environment, Forest and Climate Change, Dr. Mahesh Sharma said that there is an urgent and pressing need to re-connect the people-especially the youth- with their indigenous culture, its multi-faceted nature, magnificence, opulence and historical importance in the context of India as a Nation.

Dr. Mahesh Sharma further informed that the Budget Allocation of the Ministry of Culture has been increased by about 4% in 2018-19. The Budget allocation of Ministry of Culture for 2018-19 is increased by 104 crore (i.e Rs 2843 crore) in comparison with previous budget (i.e Rs 2,738.47 crore). Out of the total financial allocation, the Archaeological Survey of India has been allocated Rs 974.56 crore, which is 5.42 per cent more than the 2017-18 allocation.

The Culture Minister explained that a massive exercise has been taken up by Culture Ministry such as 100 Adarsh Monuments, E-ticketing facility for all ticketed Monuments, Cultural Mapping of India, Rashtriya Sanskriti Mahotsav, Ganga Mahotsav, 8th Theatre Olympiad, Festival of India aboard, Digitisation etc. to popularize Indian culture especially among the youth.

“India is blessed with an abundance of tourist attractions. It is proposed to develop ten prominent tourist sites into Iconic Tourism destinations by following a holistic approach involving infrastructure and skill development, development of technology, attracting private  investment, branding and marketing. In addition, tourist amenities at 100 Adarsh monuments of the Archaeological Survey of India will be upgraded to enhance visitor experience.”

Efforts will be taken to improve visitor experience holistically by creating amenities and by laying special emphasis on following aspects with the support of local authorities and communities alike:

In view of the abovementioned budget announcement, Dr. Mahesh Sharma disclosed that the ASI has already started working towards conservation and providing world class amenities in 10 monuments. Remaining monuments (Ajanta and Ellora Caves, and Golkonda Fort) preparation of design of amenities in full swing (designs, estimates, etc.) to be cleared by March, 2018.

Status of sites where work is ongoing is as follows:

Red Fort: Nearly 48 ongoing works related to the conservation of monuments (26 works), refurbishment of British period Barrack buildings to incorporate 6 museums and exhibitions, development of gardens and landscapes (7 works) and scientific cleaning of monuments (9 works) including retrieval of paintings from the ceiling of Chhata Bazar. Major works include:

Purana Qila: NBCC Proposal for developing amenities and improvement of lake in front. Prominent works include:

Work to begin shortly. ASI has exposed the buried archaeological remains inside the fort. Conservation of the exposed remains has started.

Work to begin shortly. ASI has initiated the conservation works within the monument.

Humayun’s Tomb: In collaboration with AKTC, work for providing amenities, including an interpretation centre, cafeteria, parking, souvenir shop, etc., is in full swing.

Khajuraho Group of temples: Works related to amenities take up with the support of Indian Oil Foundation (IOF) under NCF Scheme. Proposal includes:

Dr. Mahesh Sharma also briefed the press about the ongoing plan of action for creating World Class Amenities at 100 Adarsh Smaraks such as Toilet blocks, Signages, Drinking water facilities, Pathways and ramps (for the differently abled), Seating benches, Dust bins, Improved parking facilities, Ticket counters and better queue management, Landscaping, etc. He further informed that the ASI has begun the task of providing amenities (drinking water, benches, dust bins, ramps and pathways and cleanliness) in 27 Adarsh monuments (in Phase I). For 73 remaining Adarsh monuments, proposals are being cleared. He also informed that the WAPCOS, NPCC and NBCC have been proposed for selection for the task of designing and executing amenities in all 100 monuments (Toilets, Cafeteria, Souvenir shop, food court, Illumination and Parking). WAPCOS and TCIL have begun the construction / refurbishment of toilet blocks in 218 protected monuments. The work of Securing monuments and archaeological sites by providing boundary walls to thwart any encroachments and illegal occupation of monument premises is also underway. Work of providing boundary walls in nearly 200 monuments has been given to WAPCOS and TCIL.

The Culture Minister also gave details about the scheme of Cultural Mapping which is being implemented with an outlay of Rs.490 Crores over the next three years in 622 Districts. In this, all the artists in every corner of the country are being registered on the central portal; and through a competitive process they will be divided into various categories. This will not only help provide assistance to these artists but will also help to preserve those arts and crafts which are on the verge of becoming instinct. Nearly One Crore such artists have already registered with the portal, the Culture Minister explained.

The Culture Minister stated that three new museums will be opened i.e. one at Allahabad on the theme of Kumbh Mela, Virtual museum on Lord Rama in Ayodhya and a museum in Gorakhpur highlighting local culture.