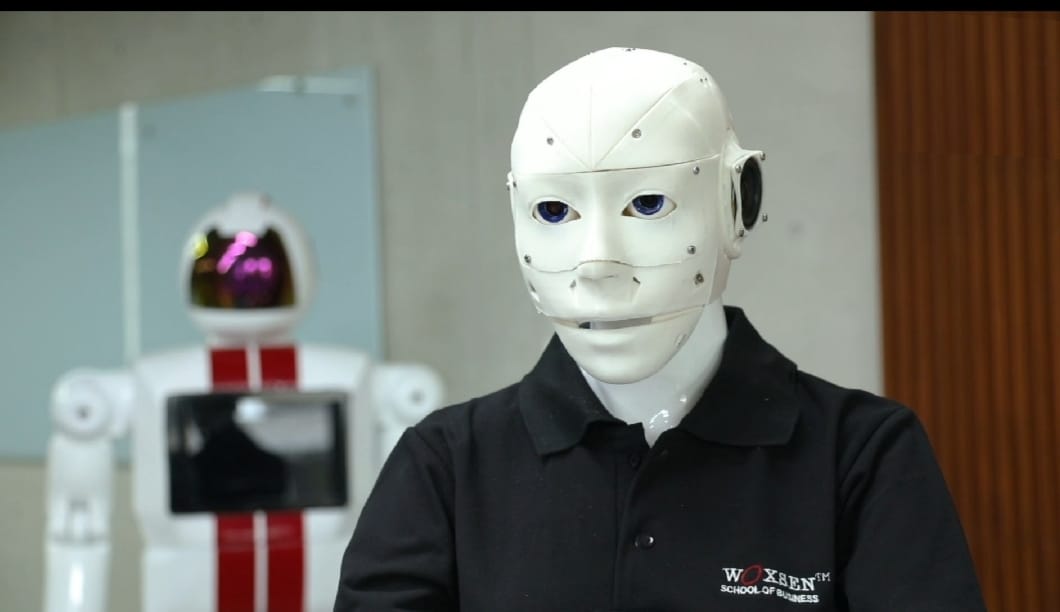 ·        DPGC will be developing prototypes for Jackets, Arms and Systems against laser-guided weapons. DPGC also announced its partnership with Woxsen University who will be developing advanced analytic systems for commercial use.

Mumbai, June 29, 2021: Following the success in creating a niche in several high-growth sectors, Darwin Platform Group of Companies (DPGC) today announced the great strides it is making in military and scientific advancements. To equip Indian defense with new-age military equipment, the DPGC today showcased the prototypes of indigenously designed and developed military equipment based on Molecular Nano Technology (MNT). For this ambitious project, DPGC partnered with the Robotics Lab at Woxsen University, Hyderabad for designing and developing these prototypes. Under the project, the DPGC plans to provide three MNT-based equipment- Military Jackets, Arms and Ammunition & Laser-Guided Munition and Guidance against Laser Guided Bombs- to the Indian forces for upkeeping our defense.

Announcing a path-breaking initiative, DPGC Group CEO Dr Raja Roy Choudhury said, “These scientific and military advancements will be all part of DPGC’s aim to resonate with the Indian Government’s ‘Make in India’ initiative. The research in MNT is being led by Indian Scientists and Researchers. We, through this path-breaking initiative, aim to provide our soldier with new-age military equipment so that they can defend our borders vigorously without compromising their safety.”

According to experts, MNT is a scientific advancement where duplicates are created which are smaller, more functional, lighter and cheaper than the original copy. This type of technology can have major military applications. MNT may just be the power that makes India stand up against the global superpowers who want to assert their dominance.

“For the development of advanced analytic systems, we have collaborated with the Robotics Lab at Woxsen University, Hyderabad. These systems will be created using Artificial Intelligence (AI) and RPA software for commercial use. Woxsen University will also assist in the R&D of the prototypes being developed by DPGC This project is being entirely funded by DPGC. The strategic partnership with the University is aimed at making India safer and the move resonates with the Government’s ‘Make in India’ initiative also. As prototypes are ready, we would start supplying advanced military equipment to our armed forces soon, subject to necessary approvals,” added Dr Raja Roy Choudhury.

The Indian Defense outlay is currently around 4.2 Lakh Crore INR. The Ministry has earmarked 500 Crore INR for Indian startups and MSMEs to create under the ‘Make in India’ initiative. This is under the Innovations for Defense Excellence Funds (iDEX). Under the iDEX, the government of India is offering grants and joint development with the defense forces. DPGC plans to use this incentive and support the government’s vision of Atmanirbhar Bharat as well as Make in India

Salient Features of the Advanced Military Equipment being developed and designed by the DPGC:

Military Jackets: An Indian Soldier has to carry his bulletproof vest (3 kg), weapon (4 kg), ammunition (10 kg), resources like water (3 kg) and other protective wearing. So soldiers have to carry at least 20 kgs to perform their duty. This reduces their performance and can put them in danger. MNT on the other hand can ensure that a soldier’s equipment doesn’t weigh more than 10 kg and is a much better upgrade than the previous weapons.

Military jackets based on MNT are much lighter and have the same or more strength. Uses of Light Bending Nano-Technology is being used to fabricate camouflage technology into clothing that is being worn by officers in war zones. Sensors are being used that can also be used as damage detection systems-physical nano-sensors could detect fractures in military equipment.

Arms and Ammunition: Nano-Technology makes things lighter and more robust. Bullets are being made using MNT mechanisms that can pierce through any object or shield. Carbon Nanotubes are being extensively tested in this field and are yielding remarkable results.

Hence MNT can greatly improve the features of normal arms or guns used by the armed forces. MNT can make the weapon much lighter and functional.

Laser-Guided Munition & Guidance System against Laser Guided Missiles: The military uses laser guidance to guide a missile or other projectile or vehicle to a target through a laser beam (Lidar), e.g., beam riding guidance or semi-active radar homing. A laser-guided bomb (LGB) is a guided bomb that uses semi-active laser guidance to strike a designated target with greater accuracy than an unguided bomb. These weapons use onboard electronics to track targets designated by laser, typically in the infrared spectrum, and adjust their glide path to strike the target accurately. Laser-Guided weapons can locate enemy combatants and accordingly target them. MNT is heavily useful for making ammunition stronger. In terms of technology, a small bullet could act as a missile by finding its target and adjusting itself to the target.

The DPGC’s initiative is all set to add further value in strengthening India’s external security. The importance of the project can be gauged with the fact that all the Superpowers in the world are working on Laser Guided Bomb (LGB). An LGB, as explained before, is a bomb that follows a laser beam directed upon a target. To make a guidance system against these LGBs, the main task is to catch the laser beams directed upon the target. Lasers can be detected by a Laser Warning Receiver system (LWR). A laser warning receiver is a type of warning system used as a passive military defense. It detects, analyses, and locates directions of laser emissions from laser guidance systems and laser rangefinders. The DPGC’s systems against Laser-guided weapons could be deployed as countermeasures.