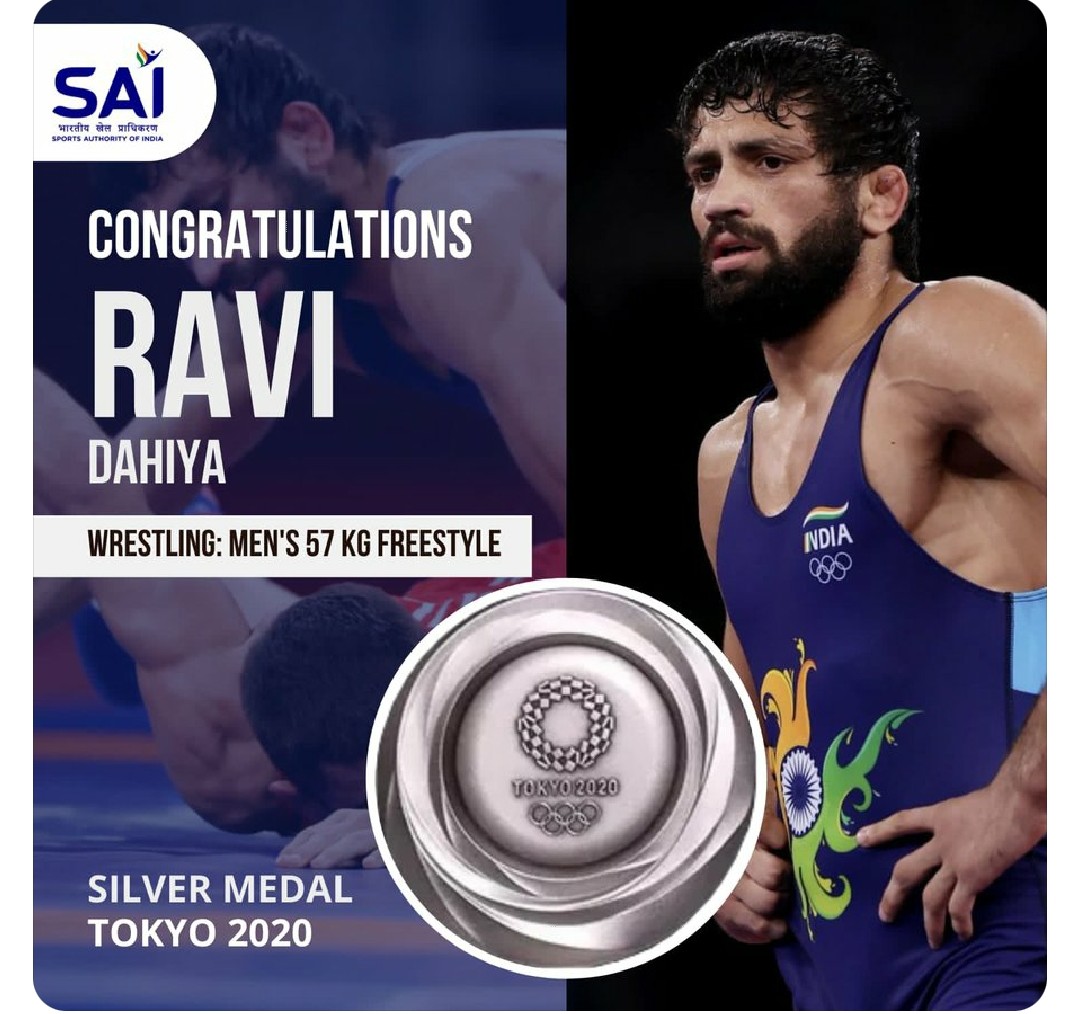 President Ram Nath Kovind congratulated Wrestler Ravi Kumar Dahiya for winning Silver medal in Tokyo Olympics. Shri Kovind tweeted, “India is proud of Ravi Dahiya for winning the wrestling Silver at Tokyo 2020. You came back into bouts from very difficult situations and won them. Like a true champion, you demonstrated your inner strength too. Congratulations for the exemplary wins & bringing glory to India.”

Prime Minister Shri Narendra Modi congratulated wrestler Ravi Kumar and tweeted, ” Ravi Kumar Dahiya is a remarkable wrestler! His fighting spirit and tenacity are outstanding. Congratulations to him for winning the Silver Medal at Tokyo 2020. India takes great pride in his accomplishments.”

Sports Minister Shri Anurag Thakur congratulated wrestler Ravi Kumar Dahiya and tweeted, “INDIA Wins! You did it Ravi! Congratulations! Your spirited performance is a matter of immense pride for every Indian! What an incredible journey! What an amazing day for Indian sports!”

Ravi Kumar Dahiya hails from the Nahri village in Sonipat district of Haryana. He comes from an agrarian family background and his father used to work in the paddy fields at his village. He started Wrestling at the age of 10. He suffered a knee injury during the Senior National in 2017. Due to this, he had no sponsors and had to depend on his well-wishers to recuperate from his injury.