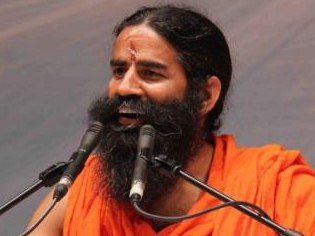 New Delhi, Dec 10  Yoga guru turned businessman Ramdev on Tuesday said his FMCG venture Patanjali Ayurved is targetting to shore up its production to Rs one lakh crore by 2020.

“Patanjali has been registering 100 percent growth for the last four years and this year too we have been growing at the same pace. Our target is to take our inhouse production to Rs 50,000 crore in the next two-three years and ulmately reach the target of Rs one lakh crore by 2020,” Ramdev said at the ‘Agenda Aaj Tak’ event here.

The aim to end the hegemoney of international companies on the Indian economy, he said.

While hailing the Narendra Modi government’s move to demonetise higher denomintion notes, Ramdev said it was essential to continue taking further steps to check and prevent corruption and black money.

“Demonetisation has broken the back of terrorism and Naxalism (Maoism) as their entire funding was in black money. This move will effectively address the issue of black money. However, the government should continue to take further steps to ensure black money does not make a comeback to the system,” he said.

Admitting that demonetisation has caused hardships for the common people, Ramdev said: “Maybe there was needed some more preparation for implementing the scheme but at the same time, it could have lead to leaking of information and the entire exercise would have failed.”

He also said that the government needed to reconsider its decision to introduce the Rs 2,000 notes.