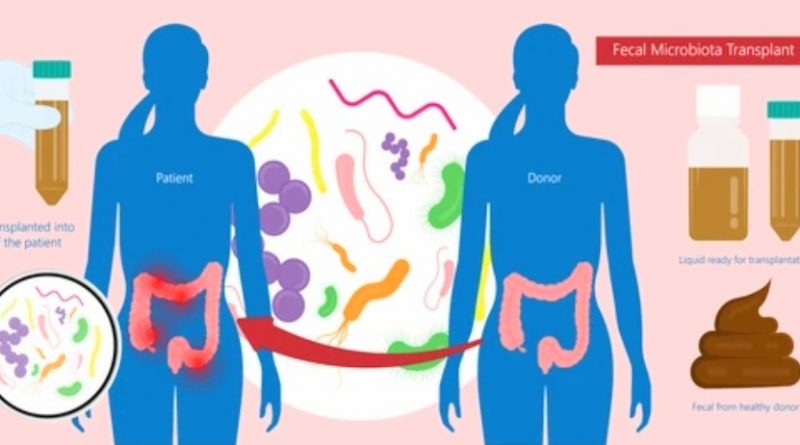 We recently treated a 78 year old person from Delhi who was suffering from ulcerative colits and had been diagnosed with Pseudomembranous colitis (PMC). He had relapse even after 2 courses of standard treatment. So he was offered him treatment with Fecal Microbiota Transplant (FMT) The patient was admitted in very sick condition with Fever, bloody diarrhoes, low blood pressure, hypotension and tachycardia (high heart rate) His stool examination showed persistence of C. DIFFICLE (a bed bacteria) causing Pseudomembranous Colitis (Ulcers in large intestine) leading to persistent diarmoea with bleeding. He had already been treated for two episodes of PMC with the standard treatment. According to Dr. Piyush Ranjan, Vice-Chairperson, Institute of Liver Gastroenterology & Pancreatico Biliary Sciences, Sir Ganga Ram Hospital, The only viable option for this disease was to take stool from healthy person and transplant in the large intestine of patient. This leads to increase in good bacteria in the intestine and suppression of C. DIFFICLE (a bad bacteria)

Dr. Piyush Ranjan continued, “We have done FMT earlier for severe Alcoholic hepastis not responding to

The patent was discharged subsequently and is doing well at two months of follow up.

Human intestine harbours billions of bacteria which are collectively referred to as gut microbiome. These

bacteria play an active role in maintaining human health and there are a number of diseases which arise from imbalance of gut bacteria. A state of disbalance between the good bacteria and harmful bacteria is referred to as dysbiosis

One of the important ways by which these bacteria influence health and disease is by modulating the immune response of body. They affect both innate immunity that is the reaction of body to a foreign antigen when the body is exposed to it for the first time and also the adaptive immunity.

“Pseudomembranous Colts (PMC) is a condition when a harmful bacteris called Clostridium Difficle starts multiplying faster. This is a known side effect of prolonged antibiotic intake. This effect is modulated by suppression of Good bacteria” in our gut. This condition usually affects elderly and people on prolonged antibiotic therapy, chemotherapy or immunosuppressive medications. Symptoms of patients are diantes. blood in stool, fever and pain abdomen. This condition can be severe and at times in susceptible individuals may be recurrent in as high as 30% patients. Initial treatment of this condition is an antibiotic called oral vancomycin. It is effective in nearly three quarter of patients in case of recurrent infections there are medical options

In patients who have relapse beyond second episode. Fecal Microbiota Transplant (FMT) is the best

treatment option. FMT means transferring stool extract from a healthy person after appropriate tests in the patients. This can be done by colonoscopy in large intestine or in small intestine

The procedure can not only be done on OPD basis and the cost of procedure is around 25,000 per session