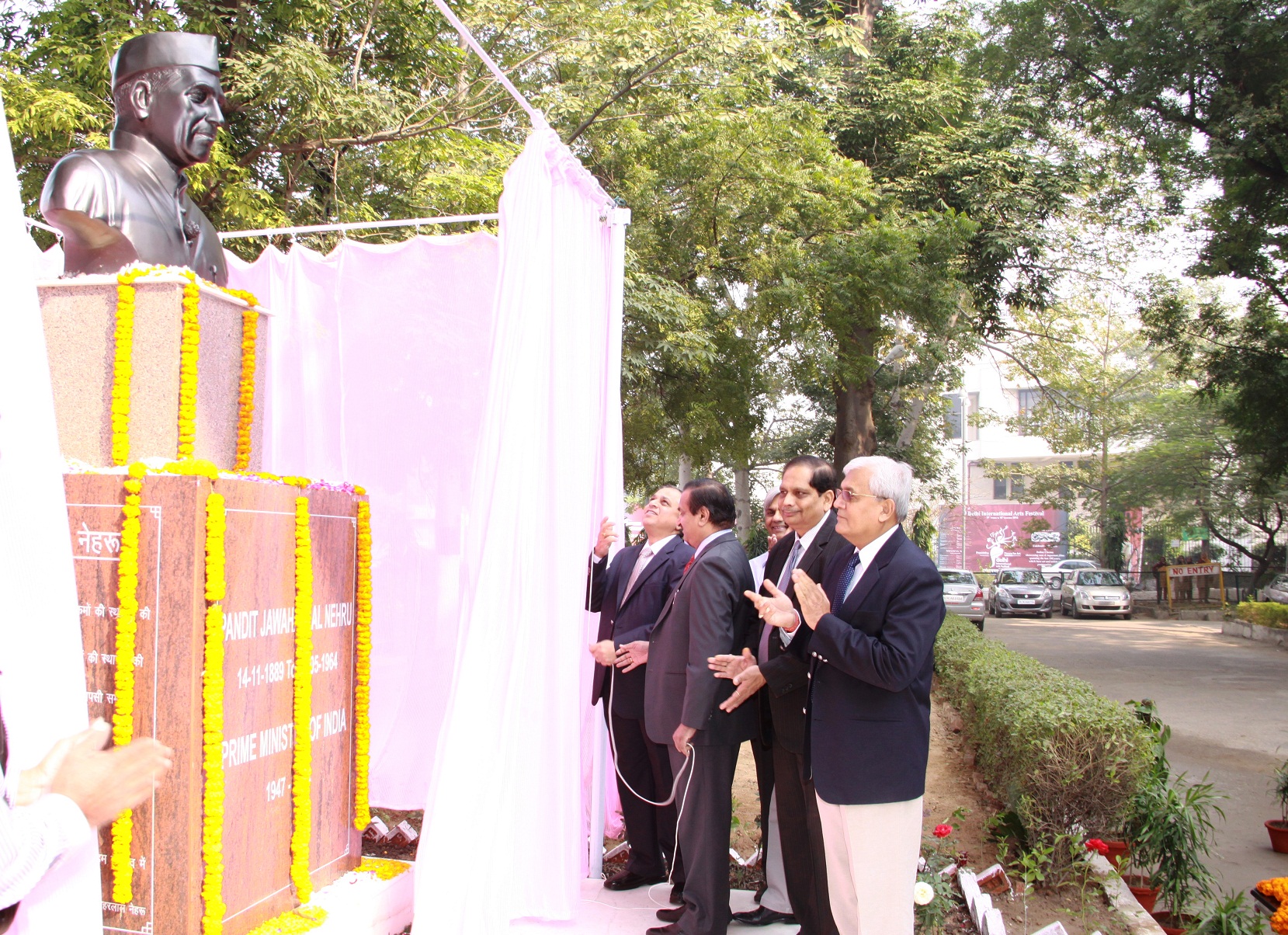 Sh. B.P. Rao, CMD, BHEL, unveiling a bust of Pt. Jawaharlal Nehru at BHEL’s Corporate Office in the presence of the company’s functional Directors on his birth anniversary, 14th November, 2012. The bust has been installed as a mark of respect to Pandit Nehru’s vision of creating and nurturing Public Sector Enterprises as Temples of Modern India.