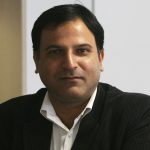 Our Editor-in-chief Mr. Tarun Sharma, a Modernite of 1991 batch,Barakhamba Road  has an expertise in media for the past 17 years, had worked with institutes of repute and is a  specialist in Government Vertical.

India News,Mail Today,Sahara India tv network , Media Transasia Ltd.,The Asian Age Newspaper,Khaleej Times India office and Tata Donnelly Ltd have been some of the organisations where he had not only handled content promotion in form of special reports but also contributed to the organisations advertising revenues.His core competency lies in his well networking with government officials thus understands the pulse of the category.

He is also the honorary member of Crime Reporter’s Association,New Delhi

He is also a member of Foreign Correspondent Club, Delhi.

He is also being invited as guest panelists time to time on National and International TV channels for his expert comments on Bureaucracy which is his core area of expertise.

He also provide professional consultancy to media organization for empanelment  in the Government Sector for Advertisement campaigns and is an expert in Government Affairs and act as a bridge for you to connect with the right people in the Bureaucracy and Government Sector.

We also serve as a bureaucracy ,political and government news providers  to foreign media looking out for such services.

Pl. Note For our editor participation in various analysis panels you can get in touch with his PS Mr.Ashutosh  on his cell no