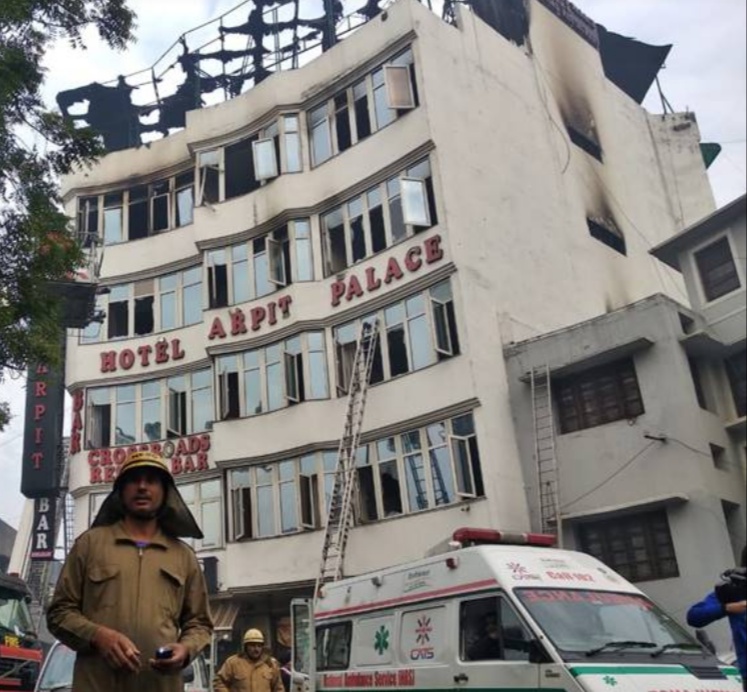 New Delhi, Feb 12 A child and 16 others, including a woman was killed while three others were injured in a major fire that engulfed several storeys of a central Delhi hotel early on Tuesday, a senior police officer said.

Three people jumped off from the blazing structure even as 25 fire tenders rushed to the spot after receiving a call at 4.30 a.m.

The hotel comprises a basement, a ground floor and four other floors. At least 35 rooms were booked by members of one family, who were in the city for a special function.

Fire was reported on third and fourth floor, but the blaze spiralled down as well. Only the basement and ground floors were not affected.

Most damage was reported between the second and the fourth floor. The fire has already been controlled and the cooling process is underway.

Fire fighters searched rooms and toilets to ensure that none was left trapped, Mishra said.

“When the fire tenders reached the spot, flames were leaping out of the building. Many people were still fast asleep at that time,” he said.