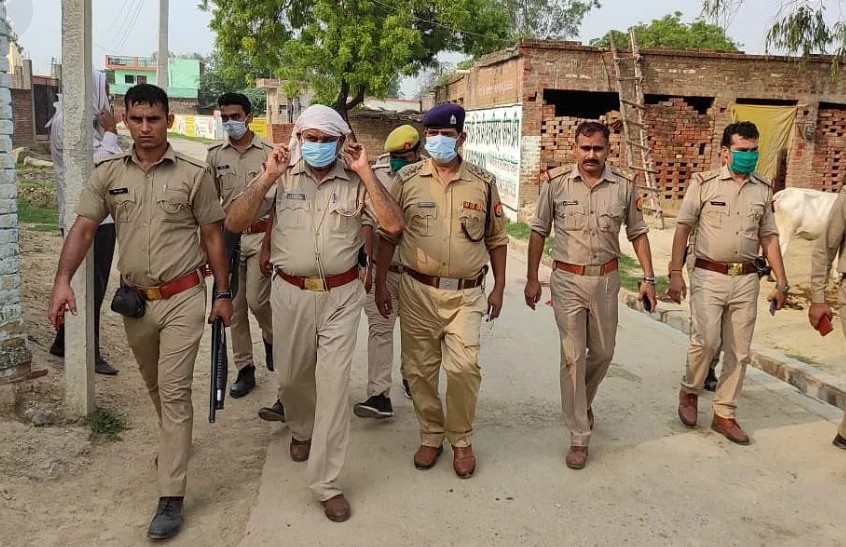 Lucknow: At least eight Uttar Pradesh police personnel, including a deputy Superintendant of Police were killed in an encounter with criminals in Kanpur, officials said on Friday.

The encounter took place when the police team was approaching to arrest Vikas Dubey, a history sheeter facing 60 criminal cases, in Dikru village under Chaubeypur police station on the intervening night of Thursday and Friday, police said.

As the police team was about to reach the hideout of the criminal, a hail of bullets was showered on them from a building rooftop, leaving Deputy SP Devendra Mishra, three sub-inspectors and four constables dead, officials said.

Giving details of the incident, Uttar Pradesh Director General of Police H.C. Awasthi said the notorious criminal might have got an inkling of the impending raid.

He and his henchmen put up massive roadblocks to prevent the police personnel from proceeding towards their hideout. As the police team was caught unawares, the criminals fried at them from a building rooftop leading to the deaths, Awasthi said.

On getting information about the incident, additional DG (Law and Order), IG (Kanpur) and the senior SP of Kanpur rushed to the spot, where a forensic team has started investigations. The forensic team will be joined by another team from Lucknow.

The Special Task Force (STF) of the Uttar Pradesh police has also been pressed into action, the DGP said.

Chief minister Yogi Adityanath paid tributes to the slain policemen and conveyed his heartfelt condolences to their family members.

According to a spokesperson, he directed the police chief to take stringent action against the culprits and collect detailed report from the spot immediately