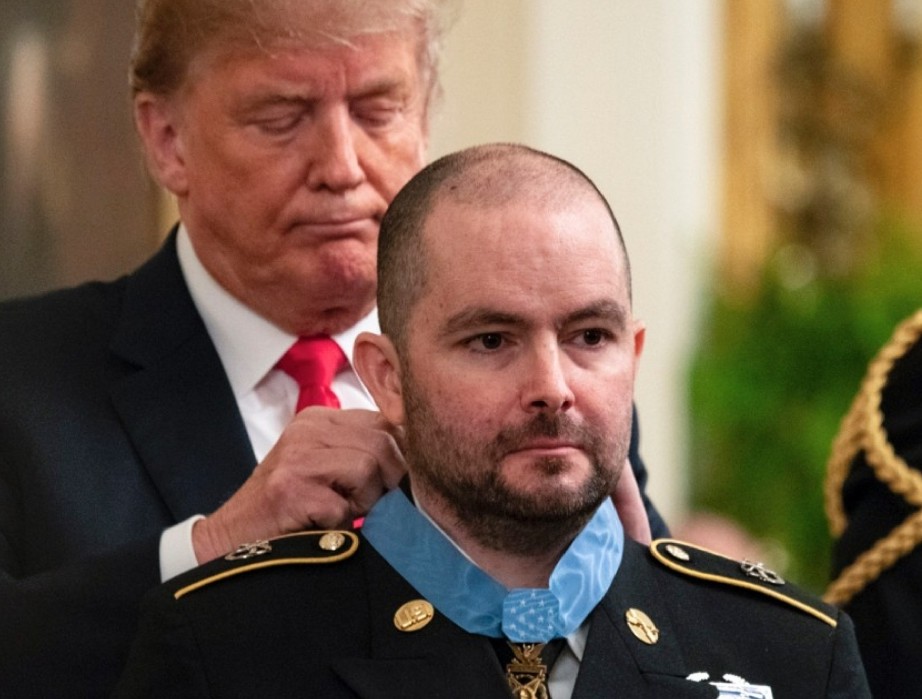 Ronald Shurer, the Green Beret medic awarded the Medal of Honor for aiding the wounded during a six-hour firefight in Afghanistan in 2008, died of lung cancer Thursday. He was 41.

His death was announced by the U.S. Secret Service, for whom Shurer had worked since retiring from the Army in 2009.

“Today, we lost an American Hero: Husband, Father, Son, Medal of Honor Recipient — Special Agent Ronald J. Shurer II,” the Secret Service said in a tweet. “From a grateful Nation and Agency — your memory and legacy will live on forever.”

Shurer was diagnosed with stage 4 lung cancer in 2017 and had chronicled his treatment and hospitalization on Instagram.

From his room at Sibley Memorial Hospital in Washington, D.C., Shurer posted a message Wednesday with a photo of him with an oxygen tube in his mouth. Beside him was his wife, Miranda, smiling hopefully.

“Very upset to write this … been unconscious for a week,” the message said. “They are going to try and take it out in a couple hours, they can’t tell me if it will work.”

Shurer was awarded the Medal of Honor on Oct. 1, 2018, an upgrade from the Silver Star originally presented for his actions in the fight that would become known as the Battle of Shok Valley in Nuristan province.