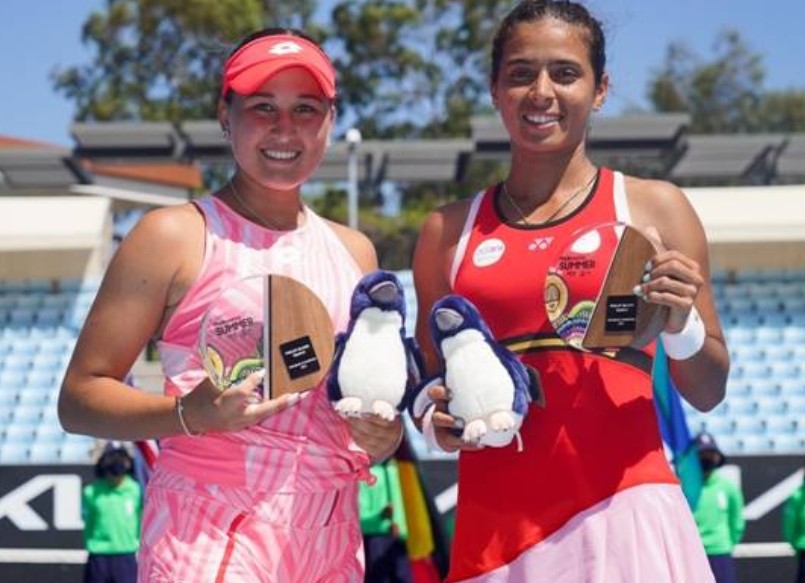 Tennis player Ankita Raina has been added to the Target Olympic Podium Scheme at a meeting held earlier today. Raina who is born and raised in Gujarat, recently broke into the world’s top 100 in women’s doubles on the back of winning her first ever WTA 250 title at Phillip Island in Australia. She has also been partnering Sania Mirza while representing India in the Billie Jean King Cup.

Apart from Raina, four other athletes who recently achieved Tokyo Olympic qualification were added to the TOPS core group, Rowers Arjun Lal Jat and Arvind Singh who were promoted from TOPS development group and wrestlers Seema Bisla and Sumit Malik.

Wrestling: Asian champion Vinesh Phogat will continue to train overseas till the Olympic Games in July this year. The Mission Olympic Cell at SAI today approved her proposal to the Target Olympic Podium Scheme, routed through the Wrestling Federation of India, to train in Hungary and Poland after she finishes her high-altitude stint in Bulgaria.

Vinesh Phogat. who secured India the 53kg class Olympic quota in September 2019 at the World Championships, will train in Budapest until june 9 travel for the Poland Open (June 9 – 13) and return to Budapest to be based there till july 2. Her coach Woller Akos, sparring partner Priyanka and physiotherapist Poornima Raman Ngomdir will be with her throughout.

The cost of her proposal for training and competition is Rs. 20.21 lakhs. She has so far received financial support of Rs. 1.13 crore from the Target Olympic Podium Scheme.

Tennis: Tennis doubles players Divij Sharan and Rohan Bopanna also secured approval from the MOC to fund their participation in 14 and 11 tournaments respectively between January and June 2021.

Rowing: The MOC has also sanctioned a proposal from rowers Arjun Lal Jat and Arvind Singh to train for five weeks from June 1 in Pocinho High Performance Centre in Portugal in preparation for the Olympic Games. The doubles scullers achieved Olympic qualification earlier this month in Tokyo. Their camp in Poland will cost around Rs. 21 lakh.