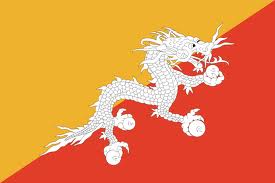 The order envisages manufacture, supply, erection and commissioning of the electro-mechanical equipment for the 720 MW Mangdechhu Hydroelectric project. The value of the contract is Rs.594 Crore plus Balance of Plant on cost plus basis, with which, the total contract value will be in the range of Rs.730 to Rs.750 Crore.

The order has been placed on BHEL by Mangdechhu Hydroelectric Project Authority (MHPA), Bhutan. Significantly, after Punatsangchhu-I & II projects, this is BHEL’s third consecutive contract for the main electro-mechanical package in Bhutan and reflects the customer’s confidence in BHEL’s technological excellence and capabilities in the execution of power projects of this magnitude.

Bhutan is one of the key export territories of BHEL, where it has a predominant presence since the last 25 years in the power generation segment. The company has successfully installed its electro-mechanical equipment in Chhukha (336 MW), Kurichhu (60 MW) and Tala (1020 MW) hydroelectric projects in Bhutan. These projects today account for 95% of the total power generating capacity in Bhutan which is a testimony of BHEL’s strong presence and acceptability.

As a result of installation of these power projects, hydroelectricity is today the single biggest revenue earner of Bhutan. BHEL is also currently executing main electro-mechanical packages for 1,200 MW Punatsangchhu-I and 1,020 MW Punatsangchhu-II projects, and transformer package of Punatsangchhu-I project in Bhutan. On commissioning of these projects alongwith Mangdechhu project, BHEL supplied electro-mechanical equipment will account for around 4,350 MW in Bhutan by 2017.