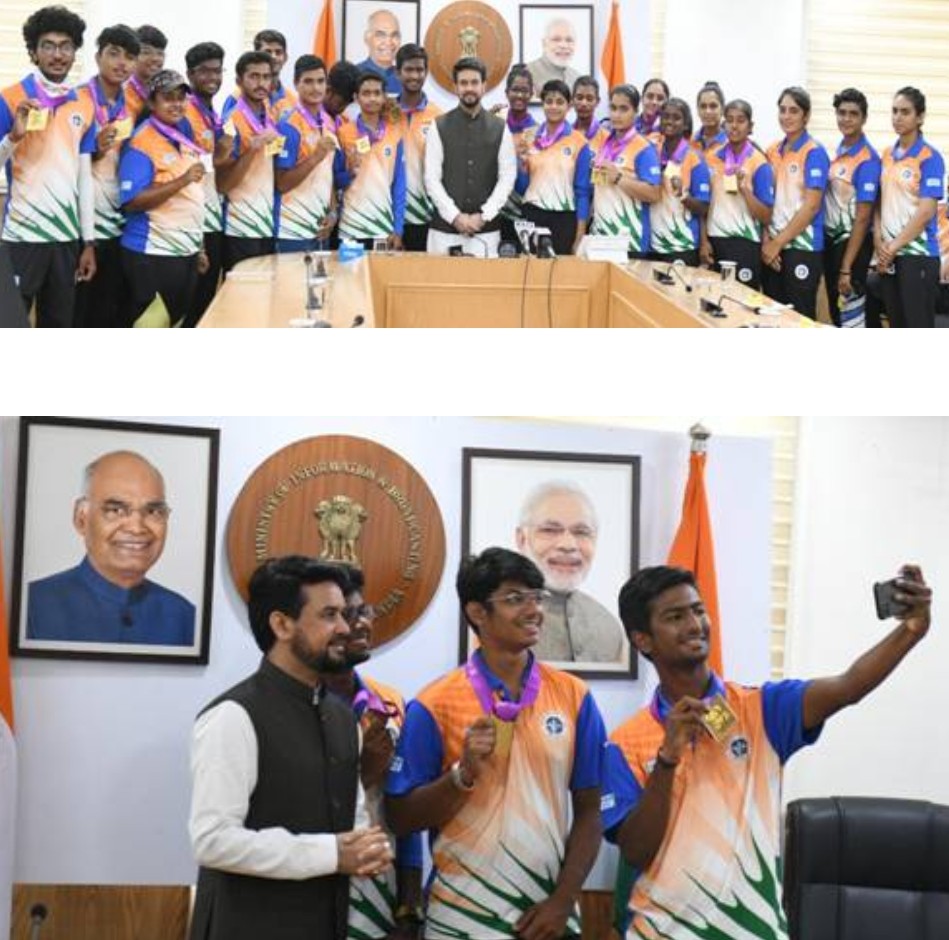 The initiatives taken under the vision of Prime Minister Shri Narendra Modi to develop and nurture the grassroots level talent are showing results: Anurag Thakur

Union Minister of Youth Affairs & Sports Shri Anurag Thakur interacted with the World Youth Archery Championship winners during an event on Tuesday and congratulated them for making the nation proud. Team India registered a total of 15 medals – 8 gold, 2 silver and 5 bronze, from the archery meet in Wroclaw, Poland.

Shri Thakur heaped praise on the diversified and existing talent pool the country has at the grassroots level. “The initiatives taken under the vision of Prime Minister Shri Narendra Modi to develop schemes such as the Khelo India to develop and nurture the grassroots level talent are showing results in Championships like this. It is overwhelming to see so many of our youth across the country are bringing laurels to across all sports and going forward, it gives us major hopes. I congratulate all the young archers and wish them all the luck in the competitions ahead. As they transition to the senior team, they shall be getting all the possible support to compete at the high-performance level,” Shri Thakur said.

Komolika, who won two gold medals, in the individual and the mixed doubles events, also won the coveted medal at the 2019 World Cadet Championships. A part of the Target Olympic Podium Scheme Core team, Komalika, also another TATA Academy product, became the national champion in Women’s Individual Recurve at the 41st NTPC Junior Archery National Championship held in Dehradun in March 2021. Her tremendous rise came to the fore since the Khelo India games, where she had participated and made podium finishes at the Khelo India Youth Games 2019, 2020 as well as the University Games last year.