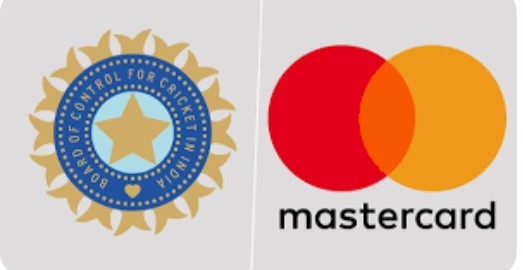 Delhi – December 09, 2022 – Mastercard and the Board of Control for Cricket in India (BCCI) have jointly launched the #HalkeMeinMattLo (don’t take it casually) campaign as part of their ongoing endeavor to support gender equality on and off the field. The films developed under the campaign depict the journey of top Indian women cricketers Shafali Verma, Harleen Kaur Deol and Renuka Singh, highlighting their struggle, hard work and determination to do well.

In India, where cricket is still seen as a ‘men’s game’, the #HalkeMeinMattLo campaign is designed to break the stereotype by presenting the achievements of women cricketers at both national and international levels and highlighting their commitment and passion towards the game. The campaign will run during the India-Australia Women’s T20 series to be played in Mumbai from December 9-20, 2022. Fans can make a pledge to support the campaign here – https://specials.priceless.com/en-in/womenCricket
Speaking about the campaign, Mr. Jay Shah, Honorary Secretary, BCCI said, “India and Australia are among the top teams in world cricket and the contests between these teams have been quite thrilling. Each of their last few games has gone down to the wire and I am sure we will get to witness some top-quality cricketing action in Mumbai as the two teams meet again. We are happy to partner with Mastercard for the campaign, which will bring out the stories of hard work, sacrifices and dedication. We want to encourage young girls to pursue cricket as a passion and a career option.”

Ms. Julie Nestor, Senior Vice President and Head of Marketing & Communications, Asia Pacific, Mastercard, said, “Mastercard has been striving to make sports more inclusive globally. Cricket is the most celebrated sport in India. We commend the BCCI for its inclusive pay policy and are delighted to actively support women’s cricket as part of the overall sponsorship of the BCCI home series matches. Collaborating with the BCCI to promote women’s cricket is an extension of Mastercard’s larger commitment to address gender biases and encourage women’s participation in sports.”
Mastercard has always promoted diversity in sports. Over the past decade, the company has built one of the most well-rounded women’s sports portfolios globally, with significant investments in all-women teams such as Arsenal W.F.C., Olympique Lyonnais Féminin; tournaments such as Copa America Women, Women’s Rugby World Cup, The Australian Open and The AIG Women’s Open as well as players like Naomi Osaka among others.

In India, Mastercard has worked actively to connect with the masses through cricket. Apart from appointing former Indian cricket captain Mahendra Singh Dhoni as its brand ambassador, the company has recently acquired title sponsorship rights for all BCCI international matches (featuring both women and men) held on home ground, domestic cricket tournaments like Irani Trophy, Duleep Trophy, and Ranji Trophy, and all junior cricket (Under 19 and Under 23) matches held in India. The synergies between Mastercard and the BCCI are expected to significantly benefit India’s sporting ecosystem.