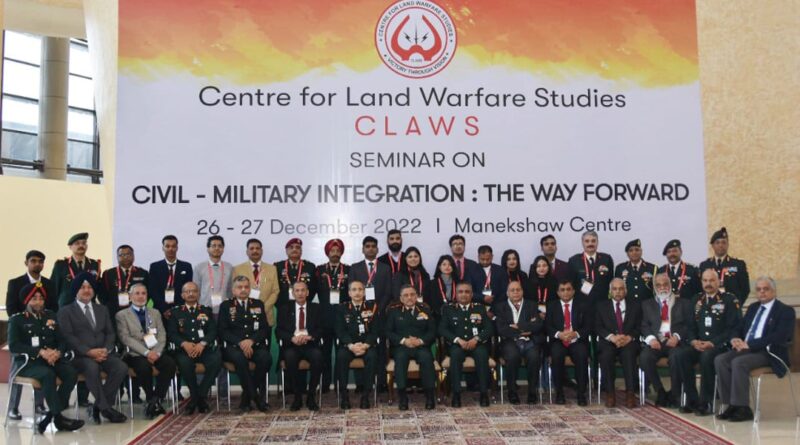 Centre for Land Warfare Studies (CLAWS), an independent New Delhi based think tank, is conducting a two-day Seminar on the theme of “Civil Military Integration: The Way Forward”, at Manekshaw Centre, Delhi Cantt. The Seminar opened today with discussions on the role of Military and Bureaucracy in adopting Whole of Nation approach to tackle security challenges. General Anil Chauhan, Chief of the Defence Staff and General Manoj Pande, Chief of the Army Staff addressed the gathering at the commencement of the proceedings. During his address, the CDS highlighted the pivotal role played by the Armed Forces as part of ‘Whole of Government’ approach towards National security. He emphasised that all defence initiatives should be aligned to draw mutual benefits from Government schemes like Aatmanirbharta, Vibrant Border Villages, Gati Shakti, National Logistics Policy to achieve higher defence preparedness.