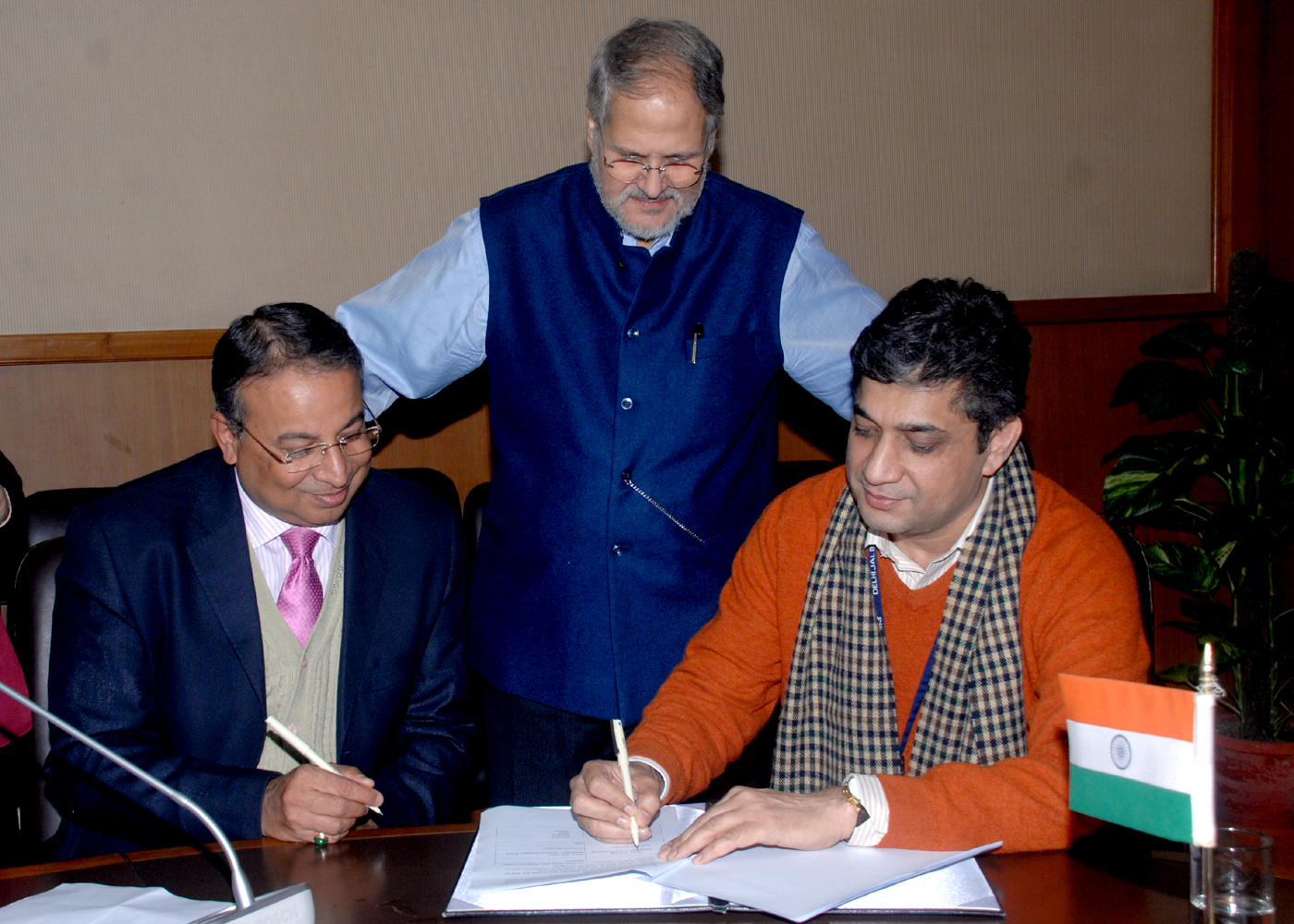 The Water ATM has been a very popular initiative of the Delhi Jal Board. DJB had installed Water ATMs in its pilot project at Savda Ghevra and subsequently in Raj Nagar and other parts of the NCT of Delhi and has planned to install 500 such ATMs in the city in a phased manner. These ATMs have received a favorable response from the residents living in the areas. As a part of its Corporate Social Responsibility, Tata Power Delhi Distribution Limited has proposed to join hands with DJB to install ROs with Water Dispensing units in the North and North West parts of the city, to provide clean drinking water to the residents of the areas under the jurisdiction of Tata Power. This is a major contribution by DJB and TPDDL towards the ‘Swachh Bharat Mission’ and a step forward in building a Government – Corporate partnership to provide potable water in the areas where there is a need to improve water supply.

In the presence of the Hon’ble LG, Delhi, senior officials of the Delhi Government, Member (F), Member (W) and other senior officers of DJB and officers of Tata Power, an MoU was signed today between the Delhi Jal Board and Tata Power-DDL by Sh. Vijay Kumar, the CEO, DJB and Sh. Praveer Sinha, the CEO, Tata Power-DDL.
The Hon’ble LG expressed happiness and said “I congratulate Tata Power-DDL and DJB for working together to further enhance the water supply system in the city”. He also said, “This Government – Corporate partnership will help to explore new opportunities to benefit society”. The CEO, DJB appreciated the initiative taken by the Tata Power-DDL and said, “Providing water to the city is a challenging task and such initiatives will help DJB to fulfill its mandate of making available clean drinking water in all areas of Delhi including unplanned areas”. The CEO, Tata Power-DDL acknowledged DJB’s support for its CSR activities and said that, “It is a matter of pride to partner with DJB. Water is the basic need for living and TPDDL, as a part of its CSR activity, would like to contribute significantly in this area, in the interest of society at large”.
The availability of drinking water round the clock at the doorstep of the citizens, would ensure health, equality and dignity of life for people living in these areas This is also expected to improve the hygienic and environmental condition of the people, thereby, bringing in considerable changes in the living condition of the residents in the area.

This initiative is expected to benefit a population of about 5 lac people in the city living in unauthorized colonies, JJ clusters and Rural Villages. The Water Dispensing Units will ensure continuous availability of drinking water to the residents.
As a part of the MoU, a total of 100 ROs with Water Dispensing units will be set up in a phased manner. Ten such plants will be installed by March 2015 followed by 45 each in 2016 and 2017. The capital cost and O&M cost will be borne by the Tata Power-DDL and DJB will facilitate the initiative by providing land and raw water. TPDDL will be responsible for the quality of water provided at the Water Dispensing units and ROs whereas DJB will consistently monitor the quality of the water supplied by the ROs and Water Dispensing Units.