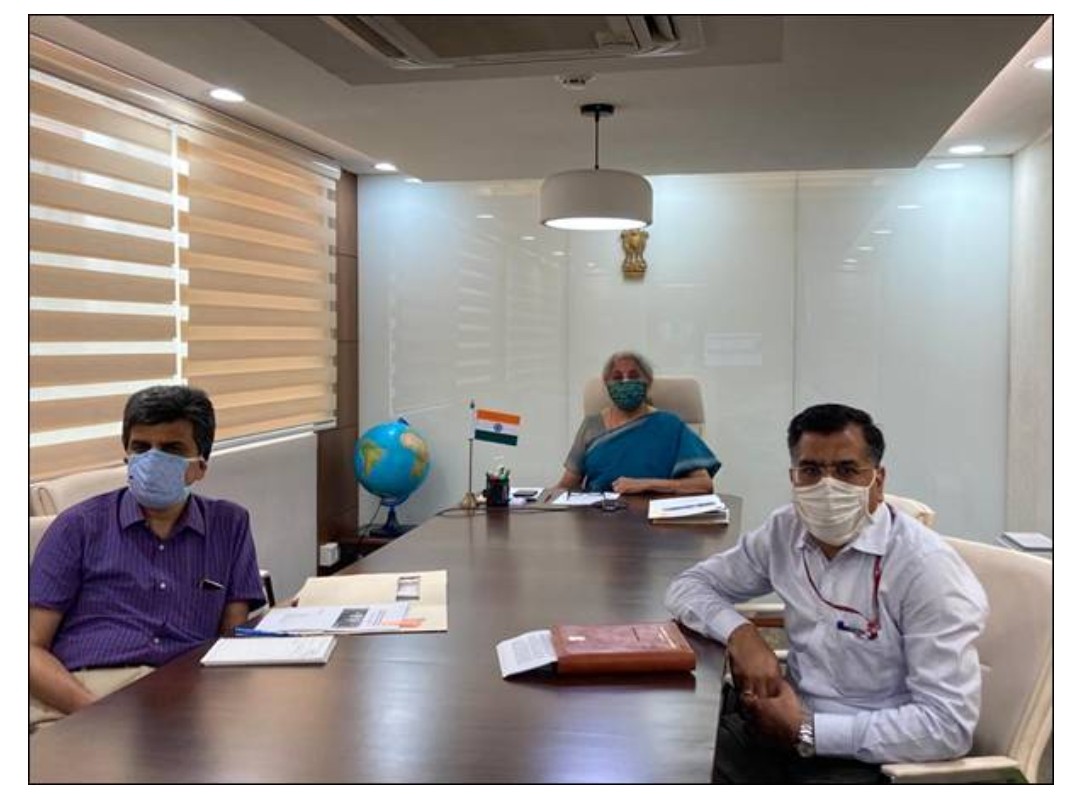 Union Minister for Finance & Corporate Affairs Smt. Nirmala Sitharaman here today held a virtual meeting with senior government officials to discuss the infrastructure roadmap ahead. This was the 5th review meeting by the Finance Minister with Ministries/Departments on the infrastructure roadmap ahead. During the meeting, Capital Expenditure (CAPEX) Plans of Ministries and their CPSEs, status of implementation of Budget announcements and measures to expedite infrastructure investment were discussed. The meeting was attended by Finance Secretary, Secretary (Economic Affairs), Secretary (Public Enterprises), Secretary (Road Transport and Highways), Secretary (Telecommunications) and Secretary (Atomic Energy) as well as CMDs/CEOs of CPSEs of these three Ministries/Departments.

While reviewing the capital expenditure performance of the Ministries and their CPSEs, Finance Minister emphasised that enhanced CAPEX will play a critical role in revitalising the economy post-pandemic and encouraged the Ministries to front-load their capital expenditure. Ministries were also requested to aim to achieve more than their CAPEX targets. The Finance Minister said that the Budget for Financial Year 2021-22 provided a capital outlay of Rs. 5.54 lakh crore, a sharp increase of 34.5% over the Budget Estimate of 2020-21. However, the efforts from the budgetary side to increase the capital expenditure have to be complemented by the Public Sector Enterprises, She added.

Smt. Sitharaman also highlighted that the infrastructure expenditure is not just Central Government budgetary expenditure on infrastructure and includes infrastructure spending by state governments and private sector. It also includes government expenditure through extra-budgetary resources. Therefore, Ministries are to actively work on getting projects funded through innovative structuring and financing and provide all support to private sector for enhancing infrastructure spending. The Finance Minister also added that the Ministries also need to explore Public Private Partnership (PPP) mode for viable projects. The Finance Minister also asked the Ministries and their CPSEs to ensure clearance of Micro, Small & Medium Enterprises (MSME) dues at the earliest.

The Finance Minister, inter alia, asked the DoT expedite the important projects bringing the benefit of high level data connectivity to all parts of the country including Aspirational Districts. The MoRTH was asked to explore the possibility of enhancing connectivity in hilly regions and to expedite the implementation of Vehicle Scrapping Facility. The Department of Atomic Energy was asked to ensure timely achievement of initiatives announced under the Atma Nirbhar Bharat Package (ANBP).

While concluding, the Finance Minister requested the Secretaries of Ministries to push expenditure on large important projects to ensure that the achievement is commensurate with timelines. She also asked the Ministries to take up regular reviews of sector-specific projects with the concerned State Governments for effective implementation of the same.