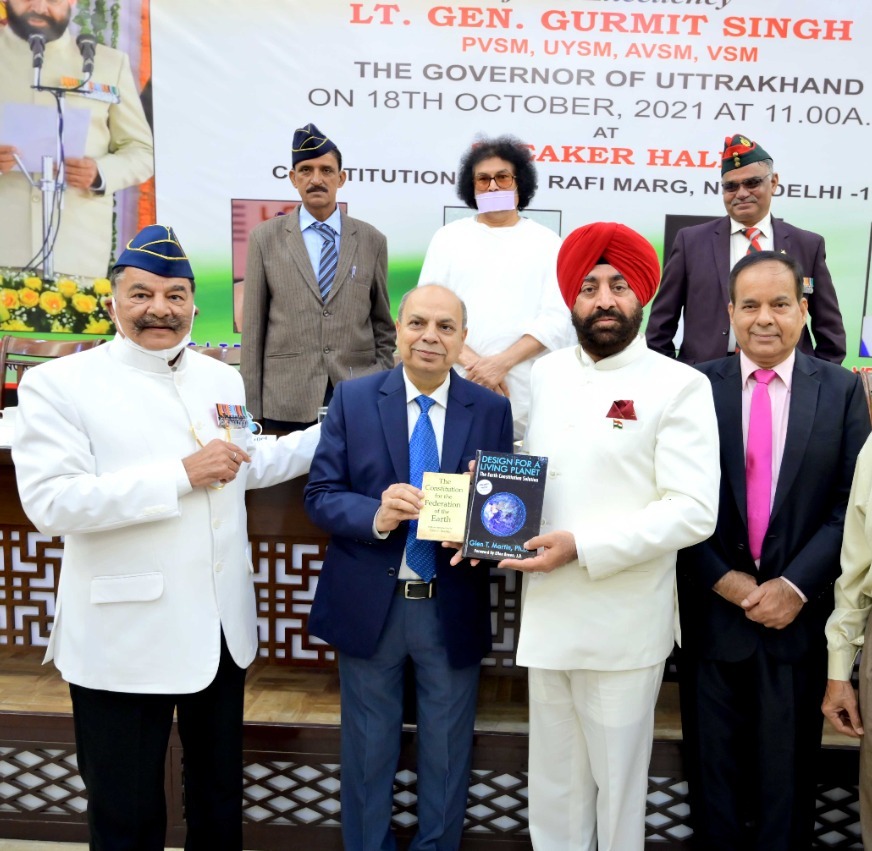 Governor of Uttarakhand felicitated and requested to induct ESM in Administration

• It is very unfortunate that innocent minorities are being killed in Kashmir. To control this situation Exservicemen(ESM) who retire at about 35 years of age should be settled in the border areas of Kashmir with some incentive . About 70000 ESM retire every year.

• Whenever there is a natural or manmade calamity in the Country , the Army is called in and the situation comes under control. It happens because every soldier is a symbol of devotion to duty, discipline, training and honesty. It also applies to retired soldiers. Hence, at least one ESM be inducted at every level of the Administration with some token honorarium to control corruption.

• An Advisary should be issued for all Indians to say

His Excellency Lt Gen Gurmit Singh while agreeing with the aforementioned suggestions said that “JAI HIND” is the basic tenet of our entire training and operation. He commended the activities of Rashtriya Sainik Sanstha- a 21 Year old patriotic organisation comprising both the ESM and Patriotic Civilians.He said that he is happy to go to Uttara Khand which is a border state and a DEV BHOOMI which provides at least one soldier from every house. He invited all rank and file for bringing in good suggestions in the interest of Character Building and National Integration. He said that Rashtriya Sainik Sanstha is my family and I am proud of being a part of this unique organisation which is working for revival of Patriotism and welfare of the families of the Shaheed Sipahees.