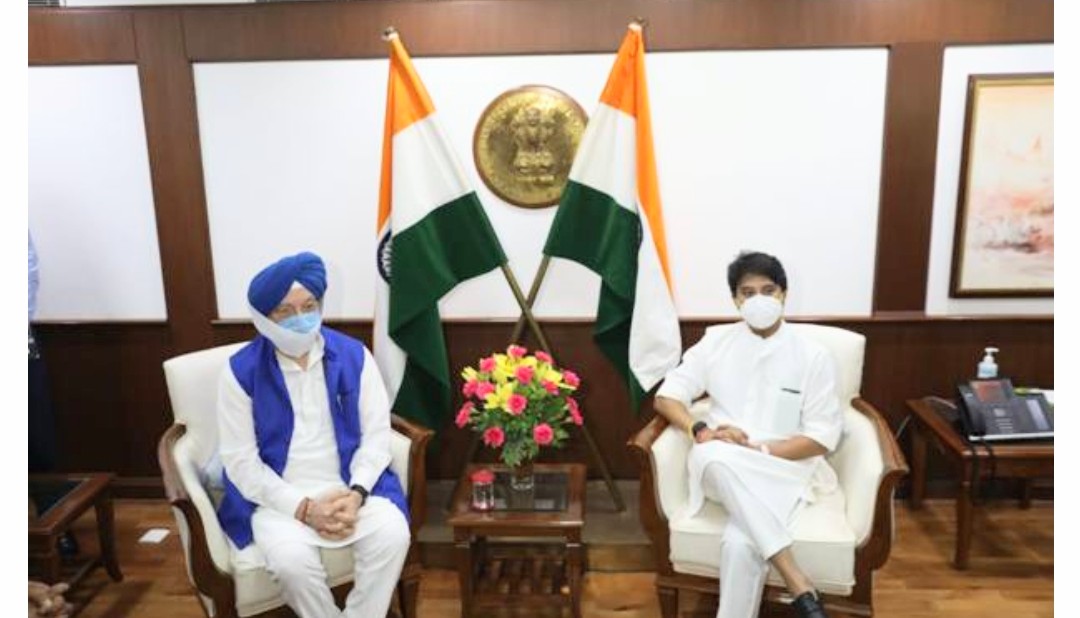 In a tweet, Shri Scindia said, “Delighted to take the baton of the Ministry of Civil Aviation from Shri Hardeep S Puri. I resolve to discharge my duties with earnestness & continue the good work undertaken by him.” General V.K. Singh, Minister of State for Civil Aviation were also present on the occasion.

In the past, Shri Jyotiraditya Scindia has held responsibility of the Communications and Information Technology Ministry as MoS from 2007-2009, the Commerce and Industry ministry as MoS from 2009 to 2012 and later the Minister of State (Independent Charge) for Power from 2012 to 2014. He was four times elected to Lok Sabha from Madhya Pradesh and now, it is his first term as Member of Rajya Sabha. Shri Scindia has also been Member of Standing Committees on Finance, External Affairs and Defence; Member of Standing Committee on Education, Women, Children, Youth and Sports; Member of Committees on Estimates, Petitions and Privileges and Member of Consultative Committee, Ministry of Home Affairs.

With regards to educational background, Shri Scindia is an Economics graduate from Harvard University and also did Masters of Business Administration (MBA) from Stanford University.

General (Retd.), Dr. Vijay Kumar Singh also assumed charge as Minister of State of Ministry of Civil Aviation today morning. After getting elected to Lok Sabha in May, 2014, Shri V.K. Singh held various responsibilities in Government of India. In May, 2019, Shri Singh was re-elected to Lok Sabha and held charge as Union Minister of State, Ministry of Road Transport and Highways.