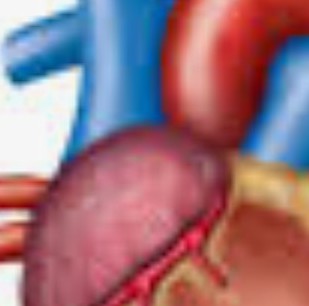 The study which was conducted on 250 patients has been published in Journal of Indian College of Cardiology and published on 14th September 2022. The results are contrary to general public perception that Indians suffer more of Coronary Artery Disease due to small diameter of arteries.

According to Dr J.P.S Sawhney, Author and Chairman, Department of Cardiology, Sir Ganga Ram Hospital, “We found that 51% were hypertensive, 18% were diabetic, 4% were smoker, 28% were dyslipidemic, and 26% had a family history of Heart Disease.“

According to Dr Ashwani Mehta, Author & Senior Consultant, Department of Cardiology, Sir Ganga Ram Hospital, “The study found that the mean vessel diameters for males were significantly larger than those for females, but when indexed to Body Surface Area, these values are not significant. There had been assumption that Asians and particularly Indians have increased risk for atherosclerosis (fatty deposit in arteries) because of their small coronary artery diameters. However, from our observational study, it is proved that the coronary artery dimensions in Indian population are not small, but it is due to their small Body Surface Area. Thus, the rationale for small dimensions of arteries being a risk factor for Coronary Artery Disease is not valid in Indian population.”

Dimensions of Coronary Arteries in Indians as found in Study

According to Dr. Bhuvnesh Kandpal, Author and Senior Consultant, Department of Cardiology, Sir Ganga Ram Hospital, “This study was done to estimate the size of normal coronary arteries in Indian population, index it to BSA, and see if there is any significant difference when compared to the Caucasian population. This study also might provide some insight into the use of diameters indexed to BSA as a cutoff for deciding the need for re-vascularization (a procedure that can restore blood flow in blocked arteries or veins).”