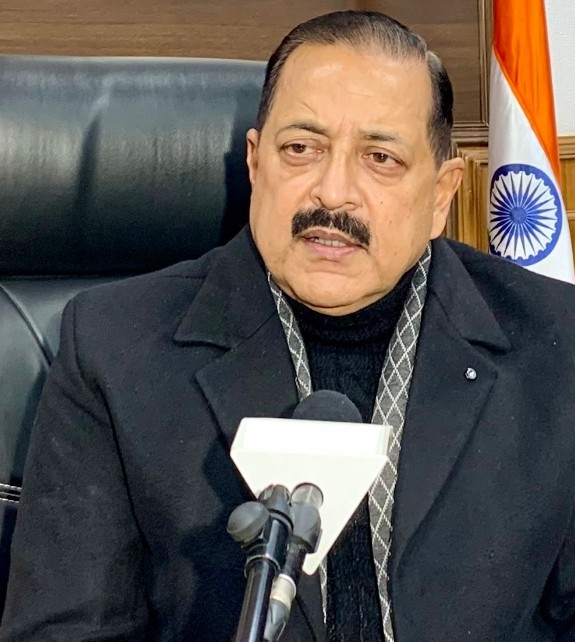 In a brief about some recent achievements of ISRO and India’s space programme, Dr. Jitendra Singh gave full credit to Prime Minister Narendra Modi whose personal intervention had made it possible to arrive at the historic decision to open up India’s Space sector for participation by private players. He said, the decision to create Indian National Space Promotion and Authorisation Centre (IN-SPACe) will provide a level playing field for private companies as well as Start-Ups.  The proposed range of space activities includes Small Satellite Launch Vehicle, Geospatial services, Satellite Constellation, Application products, etc, he added.

Dr. Jitendra Singh said, the move to open up the Space sector for private participation was a path-breaking step taken by Prime Minister Modi  and has been widely welcomed by leading private players across the country. He quoted the Prime Minister’s words that through these reforms, the endeavor is not only to ensure that India becomes a competitive  Space market, but also to ensure that the benefits of the Space programme reach out to the poorest. This is in keeping with the Modi Government’s principle of planning every reform with the aim to benefit the poorest of the poor and to make India self-reliant through consistent endeavour in the direction of Atmanirbhar Bharat, he said.

Besides enhancing the capacity and resources of the Space sector, said Dr. Jitendra Singh, increased participation of private players will also discourage the brain-drain of talented Space scientists and experts who were otherwise moving out of India in search of a break. He further informed that more than 25 industries have already approached the Department of Space for undertaking space activities as per the guidelines.

Under the Modi government, Dr. Jitendra Singh said, the applications of Space technology had, in the last six years, been extended to different areas of infrastructure development as well as to bring ease of living for the common citizen. The Space and satellite technology is today being extensively used in railways, road and bridge construction, agriculture sector, housing, tele-medicine, etc, besides disaster management and accurate weather forecast, he added.