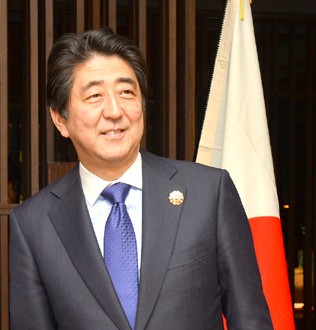 Japan’s Prime Minister Shinzo Abe today proposed a state of emergency for several major regions seeing a sharp rise in coronavirus cases. He also announced stimulus package worth one trillion US dollar to cushion the impact on the world’s third-biggest economy Shinzo Abe told reporters that the official declaration of the state of emergency would likely come tomorrow, as the country grapples with a recent spike in coronavirus cases, especially in Tokyo and Osaka.

The declaration hands regional governors the power to ask residents to stay inside, seek the closure of businesses that attract large crowds and commandeer land buildings medical purposes. But it falls far short of the sort of lockdown measures imposed in parts of Europe, where police have patrolled the streets and fined offenders. The Prime Minister said they will ask people to cooperate for about a month in reducing person-to-person contacts that lead to infections. However, the measure does not include legal powers to enforce requests for people to stay inside, or punishments for people who fail to do so. He said even if they declare a state of emergency, they will not close cities as seen in foreign countries. Japan has so far been spared the sort of crisis seen in parts of Europe and the United States, with around 3,650 cases across the country.