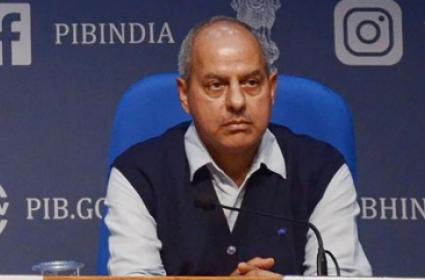 NEW DELHI: Principal Director General of Press Information Bureau, K S Dhatwalia was tested positive for COVID-19. According to the sources, he has been admitted to All India Institute of Medical Sciences (AIIMS) trauma centre at 7 pm which is a dedicated Covid19 hospital. As of now, there is no information on his health condition.

On Wednesday, KS Dhatwalia shared the stage with Union Ministers Narendra Singh Tomar, Nitin Gadkari, and Prakash Javadekar when they had briefed media on the decisions taken by the Cabinet. Several journalists had attended the briefings held in the National Media Centre but they were seated at a considerable distance from the stage.

Sources said that the entire building will be sanitised and it will remain shut on Monday. They further added that the NMC is likely to remain closed on Tuesday as well and the contact tracing exercise will be carried out in accordance with the standard protocol.