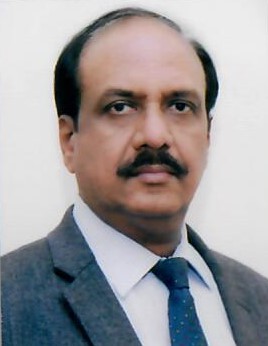 Shri L.V. Prabhakar Executive Director, Punjab National Bank has been appointed as the Managing Director and Chief Executive Officer of Canara Bank with effect from date of assumption of office on or after 1.2.2020.
Shri L. V. Prabhakar assumed the office of Executive Director of Punjab National Bank on 1st March 2018. Shri Prabhakar holds a Master’s Degree in Agriculture and a Certified Associate of Indian Institute of Bankers (CAIIB). Prior to joining PNB he served Allahabad Bank in various capacities.
Shri Prabhakar took over the reins of Executive Director Punjab National Bank at a tumultuous time. In spite of the pressures, contingencies and herculean task at hand, he led the PNB ship as an Executive Director with utmost aplomb, impeccable integrity, unparalleled accountability, humility, resilience & a transcendent vision. Shri Prabhakar has spearheaded the recovery efforts of the bank and has been instrumental in bringing back the glory of Punjab National Bank. His zest for perfection and workmanship was exemplified by the fact that for a long period of time he single-handedly managed the responsibilities of three Executive Directors & brought the Bank back on upward trajectory. Gross domestic business during his tenure increased by Rs.1 Lakhs Crore during FY 2018-19 to landmark figure of Rs.11.45 Lakh Crores with Gross recovery of more than Rs.20,000 Crores, a huge leap from Rs.9,666 crore in the last financial year. Indeed a very rare feat !.
At Punjab National Bank, he has donned many hats which includes heading various important verticals of the Bank viz., Credit, Treasury, HR. Under his umbrella, retail advances of the Bank grew by 21.7% %. There was a 100% YoY growth in digital transactions with the Bank overachieving Government’s target of digital transactions. He was also instrumental in strengthening systems and procedures by taking initiatives such as Setting up Centralized Loan Processing Centers (CLPCs), Stressed Assets Management Vertical(SAMV), Digitization of Trade Finance. He was also identified by the Bank as an action driven leader with ability to promote initiatives whilst maintain the trust of subordinates and colleagues in working as a team. He was instrumental in effectively building high performance teams under stressful environments.
He has also been serving on Board of PNB Housing Finance Ltd. & PNB MetLife India Insurance Company as Non- Executive Director.

Shri Prabhakar’s contribution in formulating the operational risk management framework for the bank was immense which included Integration of various standalone applications with CBS including SWIFT. He was instrumental in implementation of various best practices in banking industry which further led to improving risk culture in the bank deep down the ladder.
During his tenure as Executive Director, PNB accomplished a number of accolades:
• PNB was adjudged the Best Performing Bank’ amongst all Public Sector Banks and conferred with “EASE Reforms Excellency’ Award.
• PNB also received accolades in four out of six key themes envisioned under EASE i.e. Customer Responsiveness (Winner), Responsible Banking (Winner), Credit Off-take (Winner), and Deepening Financial Inclusion & Digitalization (Runner up).
• PNB was awarded Digital Payments Award 2018-19 for Outstanding Performance in Digital Payments by Ministry of Electronics and Information Technology.
• PNB was awarded the Best Bank for Corporate Social Responsibility” by the Asia money Banking Awards 2019.
• PNB was recognized as “Best in Financial Inclusion” by Business Today and KPMG.

A people’s man, himself, One of his very significant contributions was to instill a sense of ownership and belongingness towards the Bank. The Employee Share Purchase Scheme (ESPS) was implemented and the bank was able to achieve 90% subscription under the scheme.