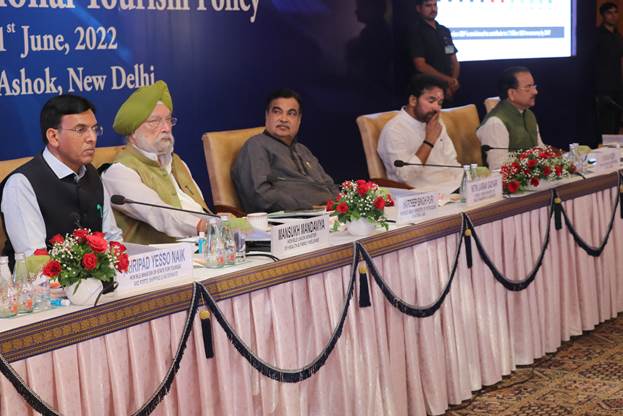 Secretaries and other senior officers of different Central Ministries also attended the meeting.

The draft National Tourism Policy was deliberated in detail. Further, various valuable suggestions were given during the consultative meeting by the invitees.

Shri G. Kishan Reddy, Minister of Tourism, appreciated the valuable suggestions and it was decided that the draft National Tourism Policy may be finalized after suitably incorporating the various suggestions received during the meeting.