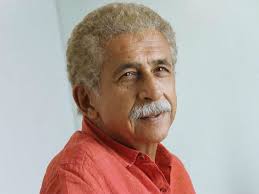 Following protests by members of right-wing groups, organisers of the Ajmer Literature Festival Friday called off an event that was scheduled to be addressed by actor Naseeruddin Shah. Shah’s remarks on mob violence triggered a row with right-wing groups protesting outside the venue where he was supposed to deliver the keynote address of the fifth edition of the three-day literature festival.