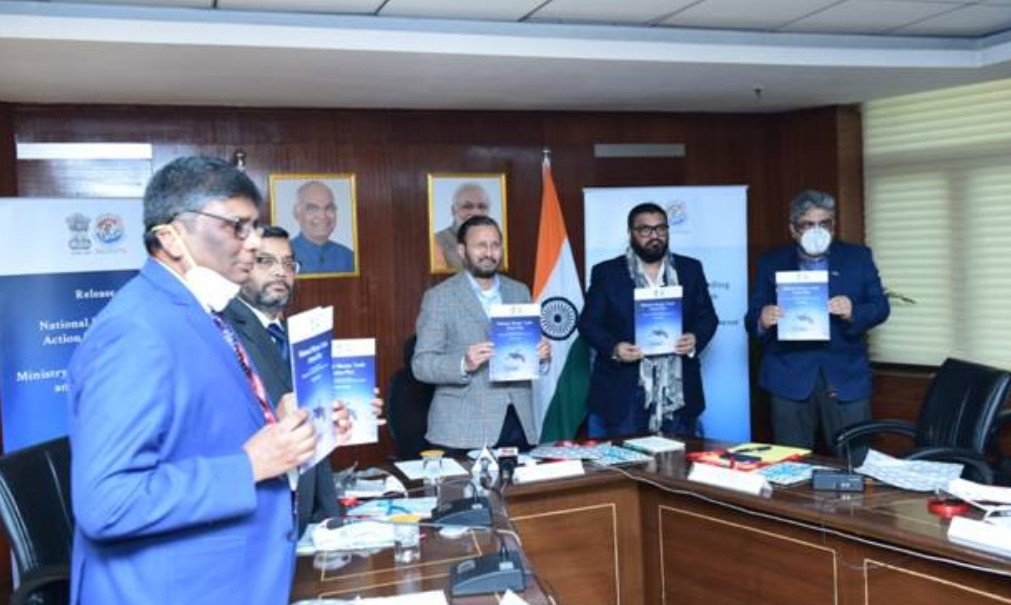 Diversity is the beauty of India, need to conserve it: Shri Prakash Javadekar

Speaking at the virtual launch event the Union Environment Minister said that both floral and faunal diversity including the marine biodiversity is the beauty of India and we need to conserve it with best possible action and interventions.

India has rich marine biodiversity along a vast coastline of over 7,500 km. From colorful fish, sharks, including Whale Sharks, turtles and big mammals like whales, dolphins and dugongs to bright corals, marine habitats not only harbor diverse species but also provide resources essential for human wellbeing.

Millions of people depend on these resources ranging from maritime trade and transport, food, mineral resources, cultural traditions, spiritual values and inspiration that draws tourists from around the world.

Despite the immense economic, ecological and cultural values of marine habitats in India, marine mega fauna species and marine turtles face a wide variety of challenges including stranding and entanglement. Managing such challenging situations requires coordination, action and people’s participation which would help in the  long-term conservation of marine species and their habitats.

The documents launched today contains ways and means  to not only promote inter-sectoral action for conservation but also guide improved coordination amongst the government, civil society and all relevant stakeholders on the response to cases of stranding, entanglement, injury or mortality of marine mammals and also conservation of marine turtles.

These two documents highlight actions to be taken for handling stranded animals on shore, stranded or entangled animals in the sea or on a boat, management actions for improved coordination, reducing threats to marine species and their habitats, rehabilitation of degraded habitats, enhancing people’s participation, advance scientific research and exchange of information on marine mammals and marine turtles and their habitats.