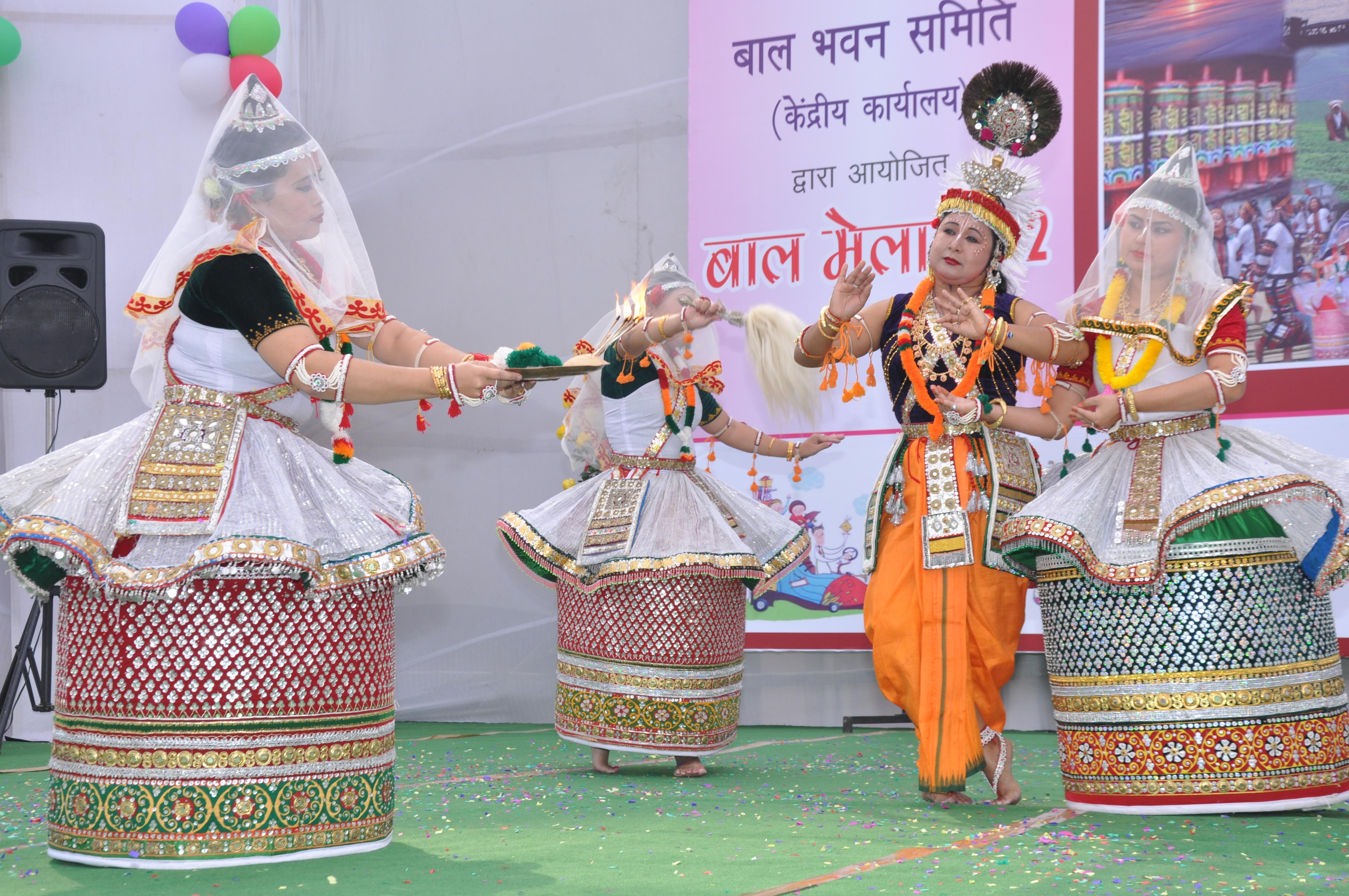 NTPC’s Annual Bal Mela held today had an added attraction this year with the Dance Performances by professional dance troupes from the North East Indian States of Mizoram, Assam and Manipur. The main idea of the programme was to integrate North East cultural diaspora in the cultural mainstream of India. It is noteworthy to mention that the same troups had performed in the ongoing India International Trade Fair -2012 prior to performing in NTPC.

Later an Inter Bal Bhawan Indian folk dance Competition was held with participation from NTPC family children on North Eastern theme at the Bal Mela .The performance was appreciated by one and all in NTPC. NTPC Chairman Shri Arup Roy Choudhury  lauded the performance of the troups and NTPC children and highlighted the rich cultural heritage of the North East India