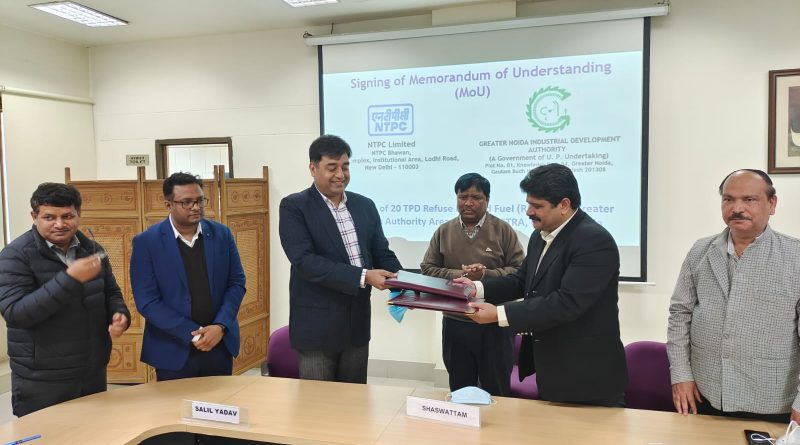 As per the MoU, GNIDA will be supplying 20 Tonnes per Day (TPD) of Refused Derived Fuel (RFD) to NTPC for period of ten years.

This initiative will help NTPC to demonstrate an environment-friendly technology to produce green power and chemical from RDF and is planned under the theme of ‘NETRA Green Campus’ where the campus will have 24*7 Green Power from Solar PV, Battery Storage, H2 and RDF.

The Refused Derived Fuel (RDF) shall be fed into Oxy-Steam Gasification plant to produce syngas which after cleaning will be fired in Gas Engine to generate 400 KW of green power. In second stage of the project the syngas shall be upgraded to produce liquid fuel/methanol/hydrogen-H2.

NETRA (NTPC Energy Technology Research Alliance) is the R&D wing of NTPC that focuses itself towards developing and demonstrating technologies for carbon capture, green hydrogen and methanol production using CO2 from its power plant.