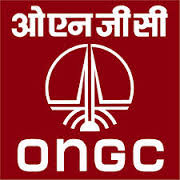 Oil and Natural Gas Corporation Ltd. (ONGC) and Gujarat State Petroleum Corporation Ltd. (GSPC) have been engaged in discussions on a potential transaction for purchase by ONGC of GSPC’s stake and operatorship in NELP-III Block KG-OSN-2001/3 (“Block”) in Krishna Godavari (KG) Basin offshore.

ONGC Board today considered the proposal and approved acquisition of the entire 80% Participating Interest (PI) of GSPC along with operatorship rights, at a purchase consideration of US$ 995.26 million for DeenDayal West Field in the Block. GSPC has already built significant production facilities like well head platforms, process cum living quarter platform, onshore gas terminal, export pipeline for transporting treated well fluid from process platform to onshore terminal etc. ONGC shall also pay part consideration of US$ 200 million to GSPC towards future consideration for six discoveries other than DeenDayal West Field, which will be adjusted upon valuation of the these discoveries subsequent to approval their Field Development Plans by DGH / Management Committee of the Block.

The transaction would be documented by signing a Farm-in Agreement with GSPC. Requisite approval from the Government will be sought by GSPC in accordance with provisions of Production Sharing Contract of the Block.

The acquisition of PI and operatorship rights in the Block fits well with the strategy of ONGC to enhance natural gas production from domestic fields on a faster pace, more so with a goal to reduce import dependency of hydrocarbons by the 10% by year 2021-22. The trial gas production from DeenDayal West Field has already begun. Upon successful completion of the transaction, ONGC shall endeavour to bring the field on commercial production along with the existing partners in the Block.

Through a successful exploration efforts by ONGC, an HP-HT corridor of oil and gas is emerging in KG Basin. The DeenDayal Field will act as a pivot in developing nearby HP-HT discoveries in Yanam and Godavari PML areas of ONGC, simultaneously. ONGC also finds opportunity to bring the Cluster-I gas discoveries of KG-DWN-98/2 NELP Block and adjacent nomination blocks on a fast track development through utilization of infrastructure of DeenDayal West Field.

The engagement between ONGC and GSPC has set a pioneering example of synergy of strategies of Government owned companies in upstream sector of oil & gas industry.