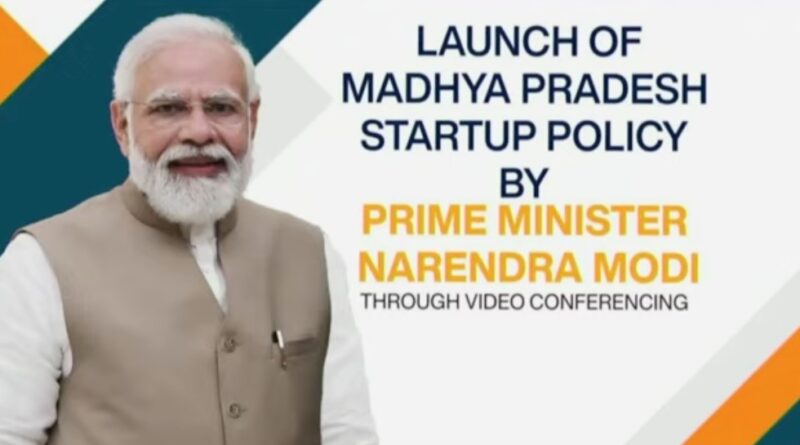 “Country’s development is getting new momentum by the young energy”

“In the short period of 8 years, the startup story of the country has undergone a massive transformation”

“After 2014, the government restored faith in the innovation strength of youth and created a conducive ecosystem”

Interacting with Shri Tanu Tejas Saraswat founder of online store to organise Kirana stores – Shop Kirana, the Prime Minister enquired about his background and how he got the idea to start this business. The Prime Minister asked about the opportunity and growth in this business. He also asked how many kirana stores were linked to his startup and why he chose Indore for his startup. The PM asked whether one can organise the street vendors who are benefited by SVANIDHI.

Interacting with Ms Umang Shreedhar founder of Umang Shreedhar Designs Private Limited from Bhopal, the Prime Minister was informed about their innovation in Khadi and creating products for big companies. The Prime Minister was told that the journey of the startup has been coterminous with the government as she started the company in 2014. She also informed him about her work with the women. The PM asked about the improvement and value addition which she has brought about among the women via her startup. She informed that the income of women artisan increased by almost 300 per cent. She also talked about training women to graduate from artisan to entrepreneurs. The Prime MInister inquired about her work in Kashi and complimented her for being a job creator and an inspiration.

Addressing the gathering, the Prime Minister said that the country’s development is getting new momentum by the young energy. There is a feeling, as there is a proactive startup policy, there is an equally diligent startup leadership in the country. The Prime Minister mentioned that in the short period of 8 years, the startup story of the country has undergone a massive transformation. He recalled that in 2014 when his Government was formed, the number of startups in the country was about 300-400. Today there are about 70000 recognized startups. He said that every 7-8 days a new unicorn is made in this country.

The Prime Minister also noted the diversity of start-ups. He said about 50% of startups are from Tier II & Tier III cities  and they cover many states and cities. They are associated with more than 50 industries. He said startups give solutions to real world problems. Today’s startups become future MNCs. He said the concept of startup was discussed among a few people 8 years ago and has now become a part of discussion among the common people. He said that this change is not fluke but is a result of a well thought out strategy.

He dwelled on the story of innovative solutions in India and lamented the lack of encouragement to the momentum of the IT revolution and failure of channelling the opportunity. Entire one decade went wasted in the scams and chaos of those times. He said that after 2014, the government restored faith in the innovation strength of the youth and created a conducive ecosystem. He informed about the three pronged approach to push the sector by creating a roadmap ranging from idea to innovation to industry. First part of this strategy, he said, was the notion of idea ,innovate, incubate and industry. Institutions related to these processes were created and strengthened. Second, easing of Government regulations. Thirdly, change in mindset for innovation by creating a new ecosystem. Keeping this in mind, steps like hackathons were taken. 15 lakh talented youngsters have been  involved in this hackathon movement creating an ecosystem for startups.

The Prime Minister said that the launch of Start-Up India 7 years ago was a big step in turning ideas into innovation and taking them to industry. One year later, the Atal Innovation Mission was launched with a set up of Atal Tinkering labs in schools and incubation centres in higher education institutions. More than 10 thousand schools have the tinkering labs and more than 75 lakh students are being exposed to the atmosphere of innovation. Similarly National Education Policy also promotes innovation. Private investment is increasing in the innovation sector.

He said reforms carried out in the space sector, mapping, drones, etc are opening new opportunities for the startups. To improve the ease of bringing the products of the startups to the market, GeM portal was established. More than 13000 startups are registered on GeM Portal and have done business worth 6500 crore rupees on the portal.  Digital India gave a major push for the development of startups and opening of new markets. He said the startups have a major role in developing the tourism sector. Startups will also help in giving a boost for Vocal for Local. Startups can also help Tribals to bring their handicrafts and products to the market. He said the Government is giving a big push for the gaming industry and toy industry. He also noted the potential in the frontier technologies for startups. He also informed that more than 800 Indian startups are involved in the sports sector.

The Prime Minister said that “we have to provide new momentum and height to India’s success. Today India is the fastest growing economy among the G-20 economies.” He also said that India is the third largest economy of the world. India is at the first place in terms of smartphone, data consumption and second in terms of Internet users. India is at the second place in the Global Retail Index, India is the third largest energy consumer country of the world and the world’s third largest consumer market is in India. India has created a new record by doing merchandise exports worth 470 billion dollars this year. There is unprecedented investment in the infrastructure. There is unprecedented emphasis on ease of doing business as well as ease of living in India. These facts make every Indian proud and generate a belief that India’s growth story will move forward with new energy in this decade. Our efforts in the Amrit Kaal will set the direction of the country and we will fulfil the aspirations of the country with our collective endeavour, said the Prime Minister.