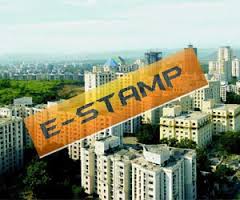 CHANDIGARH : Punjab Cabinet gave nod to the draft of Punjab e-stamp Rules-2014 for the implementation of e-stamping system to ensure far more efficiency and transparency in the revenue collection of the state.

A decision to this effect was taken by the Council of Ministers in its meeting chaired by Chief Minister Parkash Singh Badal at Punjab Bhawan.

Stating this here, a spokesperson for the Chief Minister’s Office said that e-stamping would eliminate purchase of stamp papers and would ensure transparency, faster collection of registration fee and would guard against embezzlement.

In order to enhance accountability and transparency in the functioning of government offices besides bringing services at the doorstep of residents of the state, the Cabinet also gave approval to free Right of Way to BSNL for connecting state government offices at District/Sub Division/Block/Tehsil/Sub Tehsil level to State Wide Area Network established by Department of Governance Reforms under E-district Project, a State Mission Mode Project as a part of National E-Governance Plane.

Pertinently, this E-district project has already been successfully implemented in Kapurthala and Shaheed Bhagat Singh Nagar districts as pilot project and now this project would be implemented in remaining 20 districts across the state within six months.