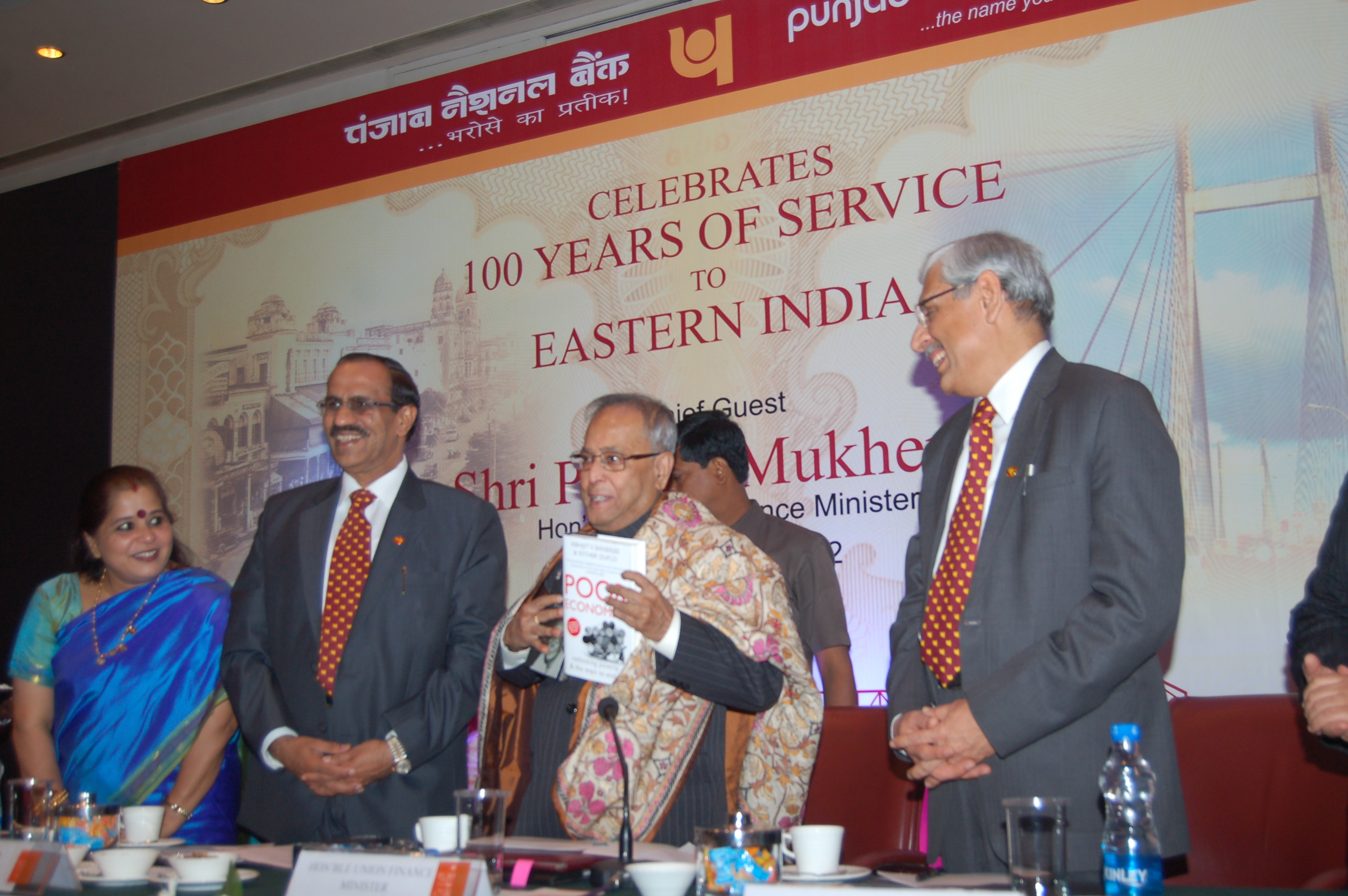 Punjab National Bank celebrated its 100 years of presence in the Eastern India at Kolkata on 22.01.2012 at ITC Sonar, Kolkata. On this occasion, Shri Pranab Mukherjee, Hon’ble Finance Minister, GOI congratulated Shri K.R. Kamath, Chairman & Managing Director, Punjab National Bank and entire PNB family on this historic occasion. He also inaugurated the 250th branch of PNB in the state of west Bengal.    Sh. Rakesh Sethi, Executive Director of the Bank was also present on the occasion.

PNB made its first foray into the Eastern part ofIndiain Kolkata in 1912, with opening of a branch atCommercial House Canning Streetnow known as BRBB Road Branch. Hon’ble Finance Minister said that PNB was a Swadeshi Bank. He informed although PNB was a member of Clearing House of Lahore, it was denied permission into the clearing house of Kolkatta. PNB fought for its dignity and finally won the case and British lobby of Banks and businessmen had to concede. Finance minister praised the spirit, courage and conviction of PNB in overcoming obstacles in the past while extending its presence into Kolkata.

He informed that PNB is the largest nationalised bank of the country with a business of over Rs 6 lakh crore, and more than 5400 branches and has made good progress in leveraging IT.

He also remarked that the government is committed to keep all the PSBs adequately capitalized at par with their global peers. According to him, the major challenges for nationalised banks lie in sustaining this performance in an increasingly competitive environment and making this growth inclusive. He informed the gathering that govt. has launched the ‘Swabhiman Scheme’ for holistic financial inclusion. He also talked about ‘Swavalamban Scheme’ for contributory voluntary pension scheme in this context. He mentioned about govt.’s initiative to evolve a system of direct transfer of subsidies to the targeted beneficiaries using ‘AADHAR’ linked bank accounts.

Sh Kamath informed that in the Eastern part ofIndia, PNB has a total business of around          ` 60,000 crore and wide presence with more than 910 branches as at the end of December 2011. Of this,West Bengalaccounts for a business of over ` 25000 crore with a credit deposit ratio of 76% against CD ratio of the system at 65% with PNB having presence in all the 19 districts in the state.

Bank is also taking steps to further the cause of inclusive growth through our financial inclusion drive. Towards this, Bank has opened more than   77 lac “No Frill” accounts of whichWest Bengalaccounts  for around 45,000 accounts.

Bank has been allocated 4583 villages with the population in excess of 2000 for providing banking services by March 2012 of which 2320 villages have already been covered. PNB is covering the remaining villages very soon. InWest Bengal, plans are afoot to cover more than 250 villages under financial inclusion plan.

Towards empowerment of the farmers and rural section including women, Bank has 34 PNB Rural Self Employment Training Institute (RSETI) and 10 Farmers’ Training Centres (FTC). InWest Bengal, PNB RSETI at Midnapur and FTC at Murshidabad, have been imparting free of cost training to entrepreneurs & farmers.

He added that in future, PNB will continue its foray into the Eastern Part of India by opening more branches and furthering its cause of inclusive growth by reaching out to the unbanked. He emphasised that PNB is on a continuous mission to keep on improving and enhancing its positioning and stature and is dedicated to better customer service and facilitating an inclusive growth.