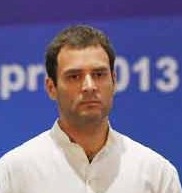 Thakur was reacting to the apex court’s rejection of Gandhi’s plea to close the criminal contempt petition filed against him for his “chowkidar chor hai” remark on Prime Minister Narendra Modi while referring to the Rafale judgment, which the apex court said was “incorrectly attributed” to it.

The Supreme Court Tuesday issued criminal contempt notice to Gandhi on the petition filed by BJP MP Meenakshi Lekhi, which will come up for the next hearing on April 30.

In a press release issued here, Thakur said, “It is unfortunate that the Supreme Court is being misused for political propaganda against Prime Minister Narendra Modi which is being seen for the first time in the history of the country.”

The confidence of the people of the country on the Supreme Court is still unwavering “but Congress and Rahul Gandhi are constantly conspiring to break the faith of the people,” the CM said, adding “all this might prove costly to the Congress president.”

Thakur alleged that the history of Congress shows that the party has always “dishonoured” the constitutional institutions.

In his election campaign Rahul Gandhi is continuously “defaming” the Supreme Court along with the Election Commission and the Comptroller and Auditor General (CAG), the CM claimed.

Actually, the Congress president’s poisonous campaign is a part of a big conspiracy under which the Congress want to create an environment of chaos in the country, he alleged.