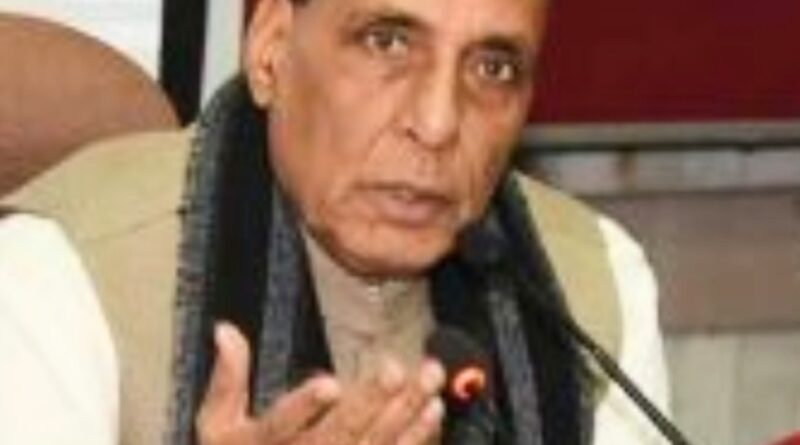 Raksha Mantri Shri Rajnath Singh today celebrated Vijaya Dashami with Jawans of Armed Forces and ITBP personnel in Auli, Uttarakhand. Raksha Mantri performed Shastra Puja during his visit and applauded the contribution of Armed forces and paramilitary forces in ensuring the security and economic progress of the nation.

In an impromptu address to the jawans, Shri Rajnath Singh said that interacting with the men and women in uniform is always a source of motivation. He reaffirmed that the entire nation has pride and faith in the capabilities of our Jawans, and their contribution towards safeguarding the country. Raksha Mantri applauded the role of our forces in securing the nation against external threats. He said, “This secure environment, has enabled India to pursue economic development and achieve new heights of progress under the leadership of Prime Minister Narendra Modi.”

Raksha Mantri also hailed the unparalleled bravery and courage of our jawans during the incident in Galwan. He said that India believes in the principle “the whole world is one family” but gives a befitting response if any outsider casts an evil eye. Because of such bravery the whole world acknowledged India’s growing stature and, India emerged as one of the key decision makers on all issues of international importance, he added. India is heard with respect in international fora.

Shri Rajnath Singh also spoke of the significance of Shastra Puja and highlighted the traditions and uniqueness of Indian culture, which emphasises the unity of all things. They teach us that we must acknowledge the contribution of all things that contribute to our lives, both living and non-living, including “shastra” (arms), which aid us to defend ourselves, he added.

Raksha Mantri then interacted with the Jawans who enthusiastically celebrated Vijaya Dashami and participated in the ceremony. Jawans also sang patriotic songs on the occasion.