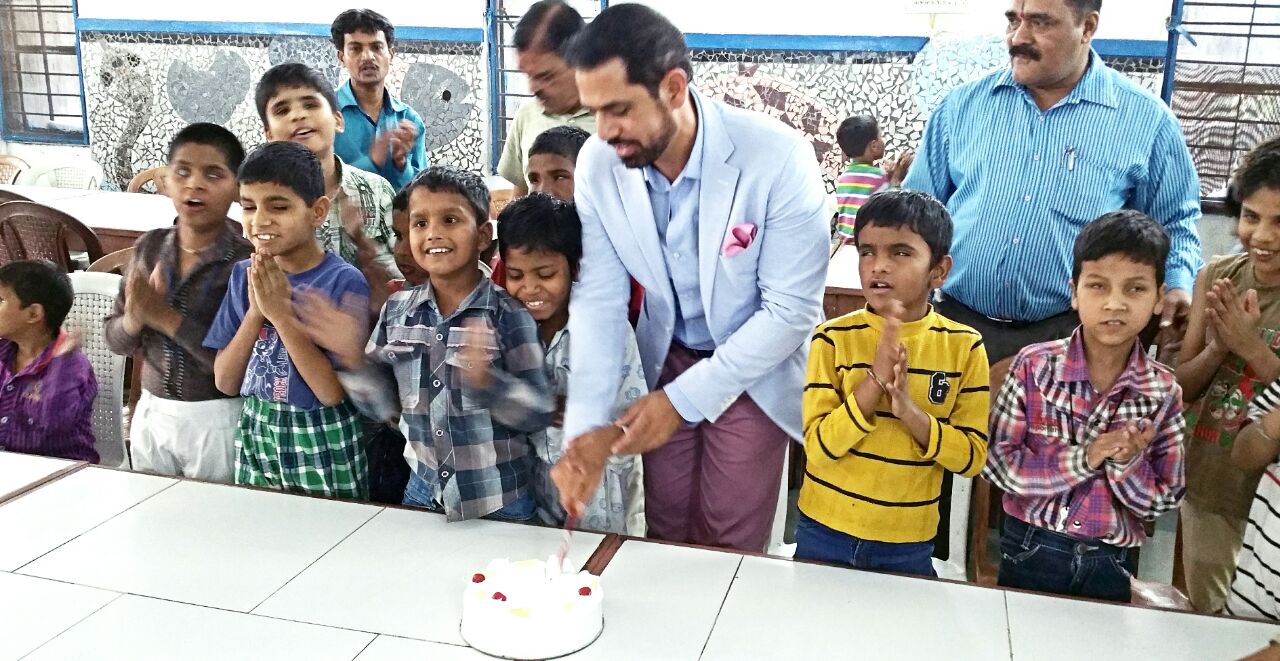 Today opening the Facebook page of mine early morning saw a post which made me smile and felt happy.It was a post of Robert Vadra cutting cake with the kids who couldn’t see ,and the smile the kids exhibited could clearly indicate that they could visualise and feel the warmth what Robert made them experience.

Robert Vadra is a fitness freak and does rigorous workouts,his body might have grown stronger and stiffer but this picture showed the soft core of Robert Vadra .

Seems like Robert Vadra celebrated his birthday with these kids.If such initiatives could happen more often among the VVIP circles ,the day is not far when INDIA will be free of sadness and Smiles would prevail all over.

Kudo’s to Robert for such a noble step,I was moved and seeing this pix posted on his FB wall I think you will also be and realise see,What’s reflected of a person Politically ,might not be always right.