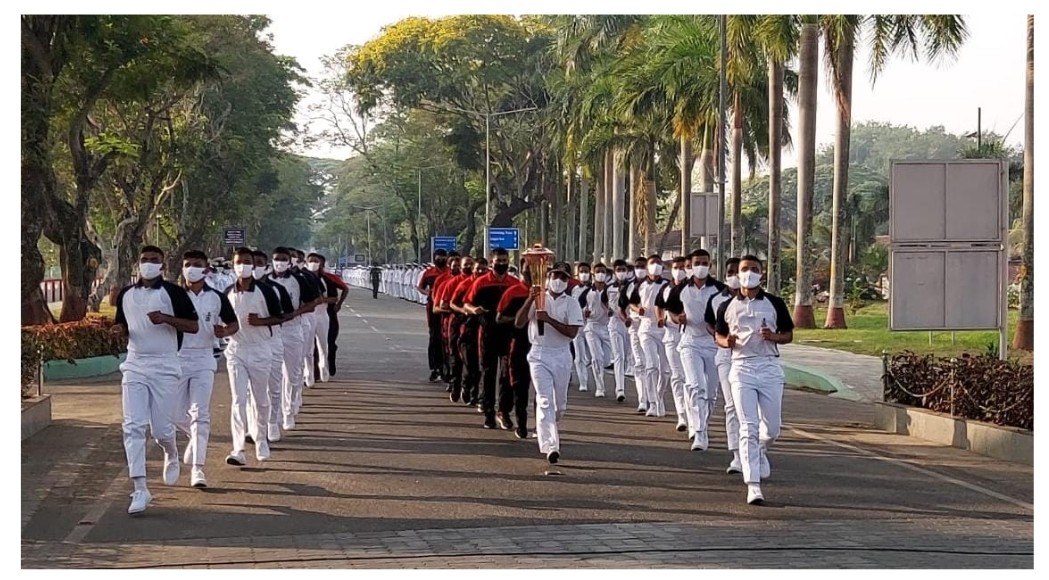 The ‘Victory Flame’, was accorded ceremonial reception by 50 men Guard of Honour. The Victory Flame reached Kochi on 23 Mar 21after traveling a distance of approximately 2,500 kilometres andis traveling in four cardinal directionsof Defence commandsin the country commemorating the ‘Swarnim Vijay Varsh’ ie completion of 50 years of Bangladesh war. The flame will be traveling across the cities and villages felicitating the war heroes and their Next of Kins who were part of 1971 War.

As a mark of Honour andRespect to the War Vetransthe ‘Victory Flame’ will visit the houses of CX John CPO(Retd) residing in Njarackal followed by TK Michael MCERA II (Retd), Nau Sena Medal (Gallantry) From Karumalloor. Thereafter the Flame will proceed to the residence of Hon Sub Lieutenant (Retd) VL Pappachan, Nau Sena Medal (Gallantry) residing in Varapuzha at Ernakulam District on 25 Mar 21. The Navyband and ceremonial guard is also accompanying the team.