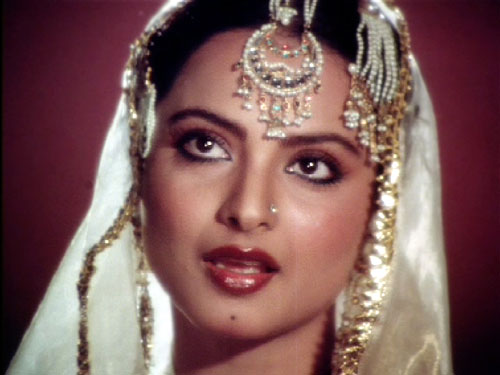 Bollywood screen diva Rekha, who mesmerised audiences in the ’70s and ’80s with hits like ‘Muqaddar Ka Sikander’, ‘Do Anjaane’, ‘Khoobsurat’ and ‘Umrao Jaan’, turned 60 on Friday. Rekha says there would not be any celebration around her birthday  as she feels every day is special.

“I actually visit the temple every day but I genuinely don’t understand the importance that people give to their birthdays or any special day, be it a festival or a birthday. I believe that every day is a celebration and every day I’m born anew and genuinely try to live every day differently,” she said in an interview to a radio channel.

Rekha said she remembers her mother Pushpavalli, whom she fondly called ‘amma’ on her birthday. The actress attributes her glow to the immense love she continues to get over the years from people and the good genes that she inherited from her parents– Gemini Ganesan and Pushpavalli.

Rekha is now gearing up for her next Bollywood release ‘Super Nani’, in which her character of a grandmother is unappreciated by her children and husband. With the help of her grandson, played by Sharman Joshi, she transforms into a glamorous model.

Rekha’s one of the best performances is considered in the 1980 comedy ‘Khoobsurat’, where she played a young vivacious girl, who tries to bring joy to a family, reeling under strict norms set by the matriarch of the house.