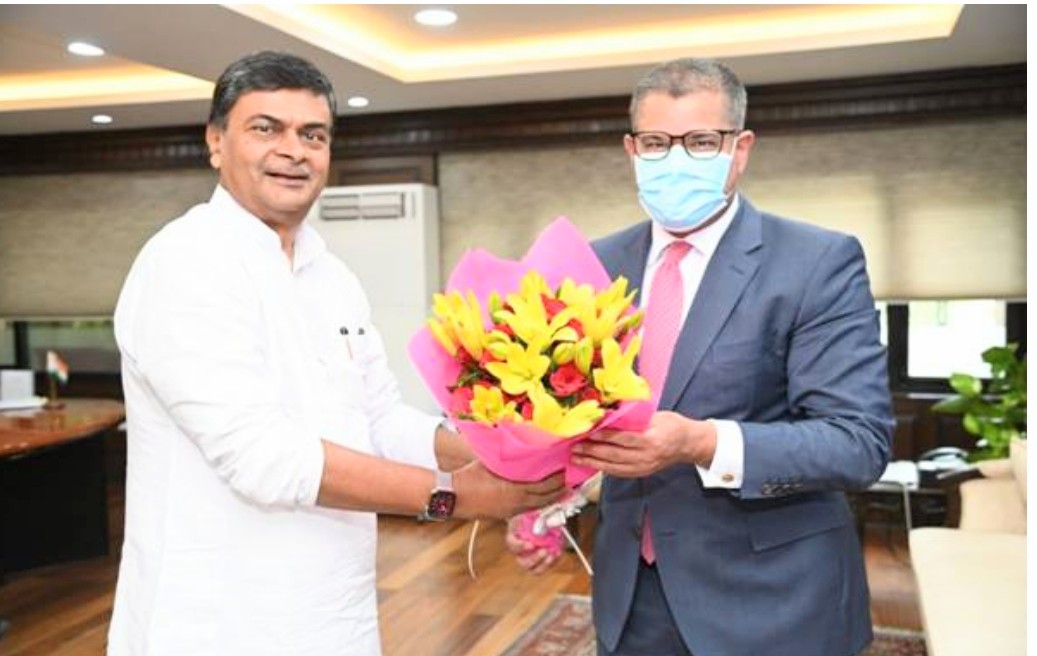 UK expresses willingness for collaborating with India on Green Hydrogen

India has already retired 16369 MW of inefficient thermal units till March, 2021. This was stated by the Union Minister of Power and Renewable Energy, Shri RK Singh, in a meeting with the Rt Hon Alok Sharma, COP 26 President, here today. The COP26 President had raised the topic of phasing out of coal fired power plants, in the meeting. Secretary (Power), Secretary (MNRE) and High Commissioner of UK in India were also present.

The Rt Hon Alok Sharma expressed the willingness of the UK side for collaborating with India on Green Hydrogen.

The UK side requested India’s support for organizing a successful COP26.

Shri RK Singh expressed India’s interest in collaborating with the UK on offshore wind. He also stressed on the need of the developed and developing countries to work together for bringing down the cost of storage.  He informed the delegation that India is the only G20 country whose actions are in accordance with the NDCs set by them under the Paris Agreement.

During the meeting, discussions were held on the need of increasing storage capacity in view of India’s ambitious target of having 450 GW of installed Renewable Capacity by 2030.The UK side was invited to participate in the upcoming bids for Green Hydrogen and lithium-ion.