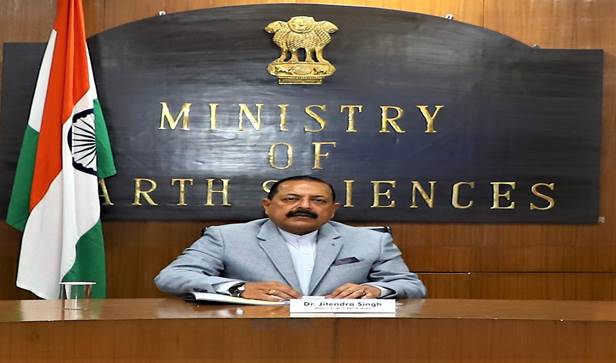 As a part of Samudrayaan Mission undertaken by the Union Ministry of Earth Sciences, India aims to send three persons to 6000 meters below sea level.

The mission, said the Minister, heralds India’s ushering into an era of “Blue Economy” which is going to play a major part in building India’s overall economy during the years to come.

Dr Jitendra Singh further elaborated that a vehicle called MATSYA will carry three persons to a depth of 6000 meters for exploration of deep-sea resources like minerals. This mission, he said, is expected to be realized in the next three years.

The Minister said that this mission was expected to be realised in next three years. Singh added that MATSYA 6000 is being designed and developed by the National Institute of Ocean Technology (NIOT), Chennai under the Ministry of Earth Sciences. “It has an endurance of 12 hours under normal operation and 96 hours in case of emergency for human safety.”

Dr Jitendra Singh said that the design of the vehicle is completed and realization of various components of the vehicle is in progress. “Manned submersible facilitates the direct observation by the human in deep ocean in exploring mineral resources rich in nickel, cobalt, rare earths, manganese etc. and collection of samples, which can be used for analysis.

The Minister added that apart from the scientific research and technological empowerment as the benefits, this mission has immediate spin-offs in the form of underwater engineering innovations in asset inspection, tourism and promotion of ocean literacy.

India has a unique maritime position, a 7517 km long coastline, which is home to nine coastal states and 1,382 islands. The mission aims to boost the central government’s vision of ‘New India’ that highlights the blue economy as one of the ten core dimensions of growth.