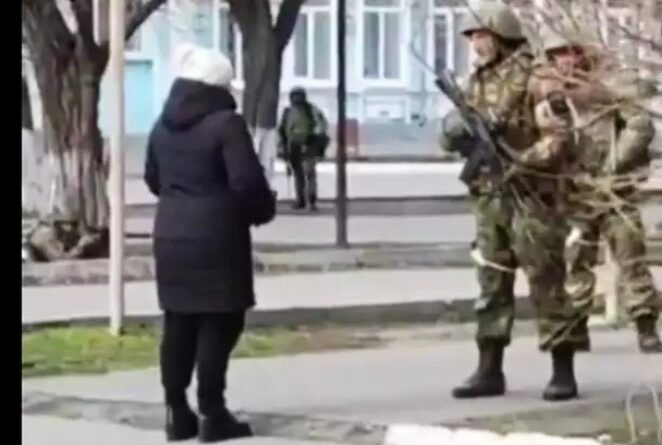 A video of a Ukrainian woman confronting a Russian soldier amid war went viral on social media. In the video, the woman can be heard asking the soldier, “What the f**k are you doing here?” She was also seen giving the soldier sunflower seeds, saying, “Put them in your pockets…at least sunflowers will grow when you all lie down here.” reported independent.co.uk