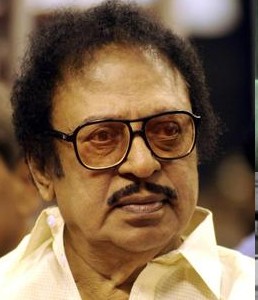 Tamil cinema’s yesteryear actor S.S. Rajendran known as SSR — a contemporary of Sivaji Ganesan and M.G. Ramachandran in cinema and politics — who was battling for life at a private hospital in Chennai, breathed his last on Friday. He was 86.

Born in Sedapatti, Madurai district, SSR, like all his contemporaries cut his teeth in the Boys Company and later in the theatre troupe run by T.K.S Brothers. He was also a good singer and a few could match his Tamil pronunciation.

Fondly addressed as ‘Latchiya Nadigar'(Actor of Principles) by his fans, Rajendran started his career as a theatre artiste. He later ventured into Tamil cinema, acting in notable films such as ‘Parasakthi’, ‘Poompuhar’, ‘Marakka Mudiuma,’ ‘Kumudam’ and ‘Naanum Oru Penn,’ among others.