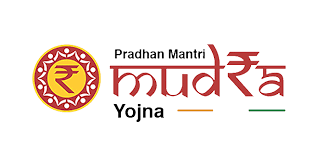 Under Pradhan Mantri Mudra Yojana (PMMY), institutional credit up to Rs. 10 lakh is provided by Member Lending Institutions (MLIs) to micro/small entrepreneurs, including Women, for income generating activities in sectors such as manufacturing, trading, services and activities allied to agriculture. This was stated by Union Minister of State for Finance Dr Bhagwat Kisanrao Karad in written reply to a question in Lok Sabha.

The Minister stated that as per data uploaded by MLIs on Mudra portal, as on 26.11.2021, the details of loans availed by Women entrepreneurs under the Scheme is as follows:-

The Minster stated that the Government allocates annual targets for the amount to be sanctioned under PMMY to MLIs i.e. Scheduled Commercial Banks (SCBs), Regional Rural Banks (RRBs), Non-Banking Financial Companies (NBFCs) and Micro Finance Institutions (MFIs). For the current financial year (FY), a target of sanction of Rs. 3 lakh crore has been fixed for MLIs. State/UT-wise and Gender-wise targets are not allocated by Government under  PMMY.

Giving more details, the Minister stated that loans under the Scheme are extended by MLIs as per their commercial parameters, based on their Board-approved policy and extant Reserve Bank of India (RBI) guidelines which, inter-alia includes, viability of project, assessment of repayment capacity of the borrower etc. Any complaints received in respect of implementation of PMMY, including turning down of loan applications, are redressed in coordination with the respective banks.

The Minister listed a number of steps that have been taken to improve implementation of the Scheme which inter alia, include: