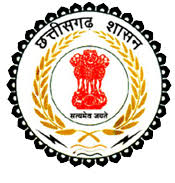 DGP Mukesh Gupta & SP Rajnesh Singh suspended after the Economic Offences Wing registered an FIR against them for alleged criminal conspiracy and illegal phone tapping during the Civil Supplies Corporation scam probe in 2015 in Chhattisgarh. They have been placed under suspension, a senior state Home Department official said, adding that Gupta and Singh will be attached to the State Police Headquarters in Raipur during their suspension. The two officers were booked on Thursday night by the EOW on a complaint filed by Deputy Superintendent of Police (EOW) Anil Bakshi, who is the investigation officer of the SIT.

The 1988 batch IPS officer Mukesh Gupta was among the trusted comrades of former Chief Minister Raman Singh who headed the BJP regime for 15 years. During the previous (BJP) regime, Gupta headed the Economic Offence Wing (EOW) as well as Anti-Corruption Bureau (ACB)