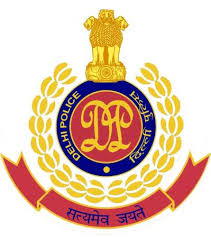 DELHI POLICE EFFICIENTLY PROVIDES GREEN CORRIDOR FOR TRANSPORTATION OF HUMAN LIVER SAVES A MAN LIFE
New Delhi: In yet another incident of dedication to the service of citizens, Delhi Traffic Police contributed in its own way in saving the life of a man by providing the green corridor to an Ambulance carrying a critically ill patient from Noida to Max Hospital, Saket.

A request was made to Traffic Police to provide Green Corridor for the Ambulance of a critically ill patient from Noida to Max Hospital, Saket. After getting the information, Delhi Traffic Police brought the traffic personnel into swift action and additional traffic personnel were deployed on the corridor from DND to Saket via Ashram, Lajpat Nagar, Moolchand, Chirag Delhi and Sheikh Sarai. A distance of 14.5 Km was covered in mere 17mins. Ambulance carrying critically ill patient alongwith the team of doctors left the DND at around 12:12 PM and reached Max Hospital, Saket at about 12:29 PM. (Video attached)

Delhi Traffic Police ensured that there is no obstruction/Traffic jam on the route. We are happy to contribute in the noble cause of saving a life.
(SHARAD AGARWAL)
Joint Commissioner of Police:

Video of the Green Corridor