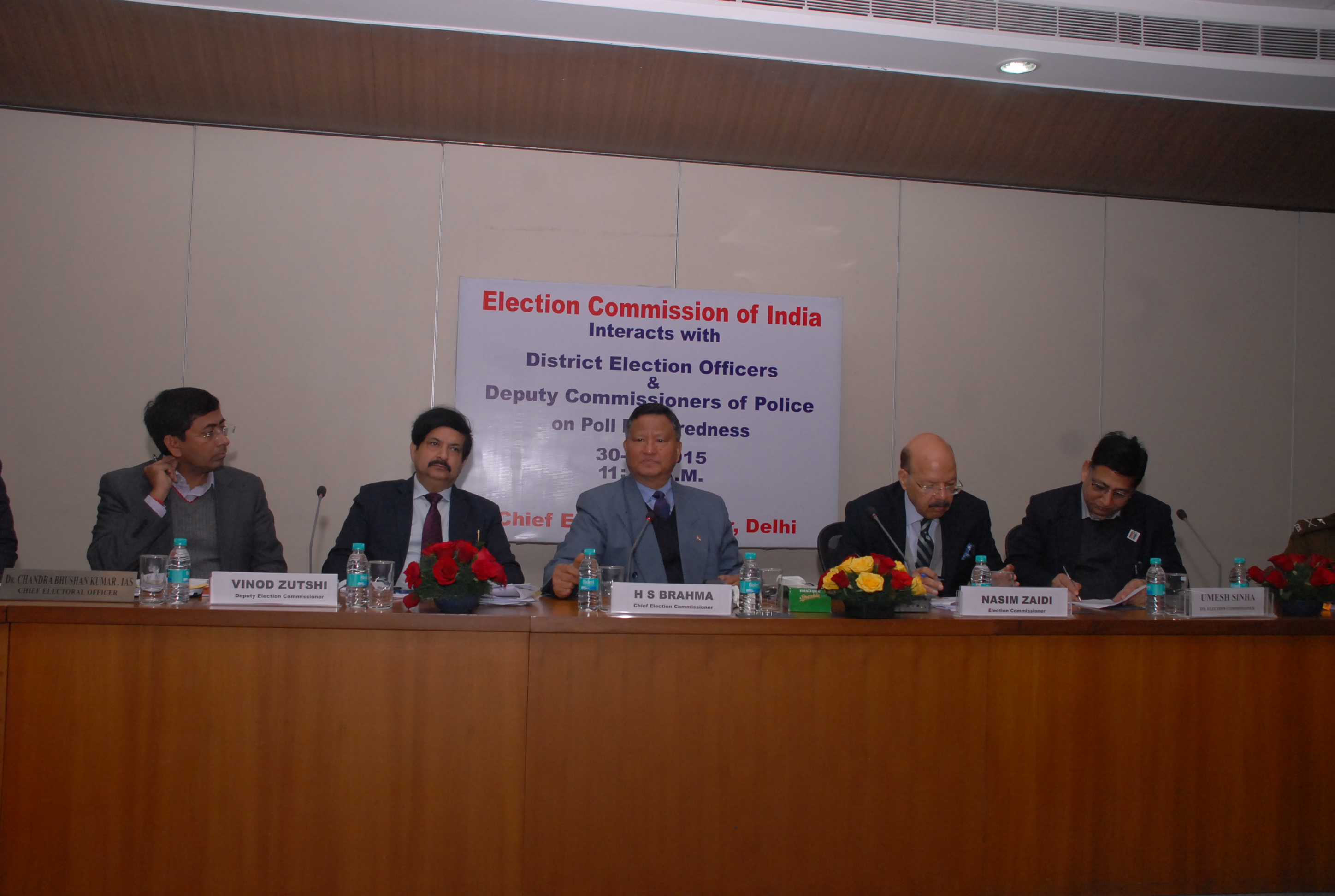 New Delhi: A meeting was held by Election Commission of India with all the DEOs/DCPs, which was attended by CEO, Delhi and Jt. Commissioner of Police (Election) Delhi today i.e. 30.01.2015.