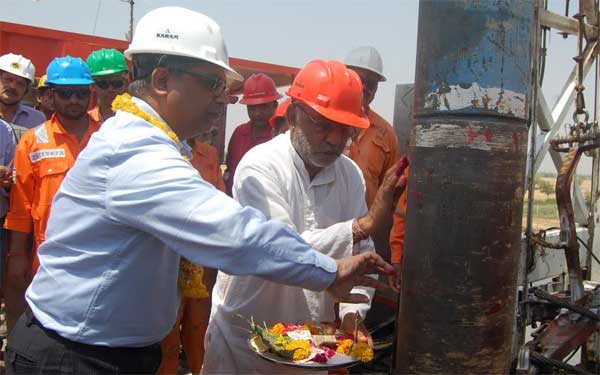 New Delhi: GAIL has started drilling the first Exploratory Well as Operator in its NELP-IX Block CB-ONN-2010/11 in Cambay Basin. The process, technically called “spudding”, started on March 27, 2016 in the well situated in Dugari village in Tarapur Tehsil of Anand District of Gujarat. GAIL (India) Limited is the lead operator of the block with 25 per cent participating interest in it. Other partners in this block are Bharat Petro Resources Limited, Engineers India Limited, Monnet Ispat Energy Ltd. and Bharat Forge Infrastructure Limited.

Drilling of target depth of 2,500 meters of this well is scheduled to be completed in 40 to 45 days followed by testing for another 10 to 15 days. This will target Cambay Shale and Olpad formations. The consortium will drill eight exploratory wells in the initial Exploration Phase as per minimum work commitment of Production Sharing Contract (PSC). While this phase will continue till March 2017, Acquisition, Processing and Interpretation (API) of 2D and 3D Seismic Data have already been completed.