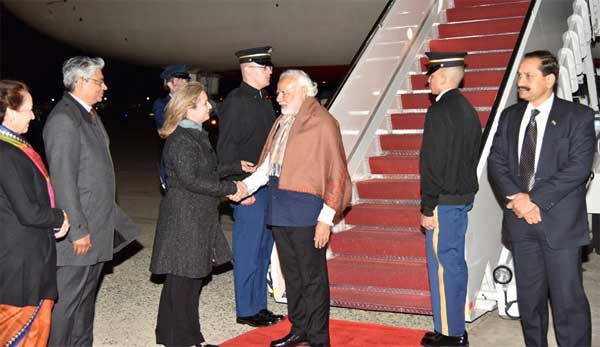 Washington, March 31  Prime Minister Narendra Modi on Thursday arrived in the US to attend the Nuclear Security Summit being hosted by President Barack Obama.

Leaders of 53 nations and four international organisations will be attending the fourth Nuclear Security Summit in Washington, D.C.

On Thursday evening, Modi will be attending a leaders-only thematic dinner to be hosted by Obama at the White House.

This will be followed by three plenary sessions on Friday when India, along with other participating nations, will submit their national nuclear progress reports.

Modi arrived in the US from Brussels, where he spent a busy day interacting with the Belgian leadership and attended the India-European Union summit.