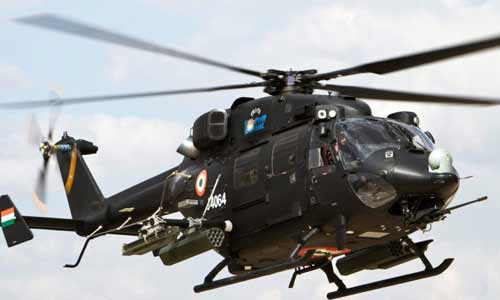 “The LUH has achieved a milestone of flying at 6km altitude in Bengaluru recently and will conduct high-altitude cold weather trials planned in January 2019,” the city-based HAL said in a statement.

Flying at 6km altitude is considered to be a critical requirement for the certification of the light helicopter, it said.

The LUH is a 3-tonne class single-engine light helicopter under development by the HAL, so as to replace the aging Cheetah and Chetak choppers used by the Indian defence forces.

The state-run aerospace firm has an “in principle” order for 187 LUH, including 126 for Indian Army and 61 for Indian Air Force.

The helicopter is being indigenously developed by HAL to meet the requirements for both military and civil operations.

The chopper can be deployed for reconnaissance (military observation), surveillance and as a light transport helicopter. It can fly at 220km per hour and at a maximum altitude of 6.5km,