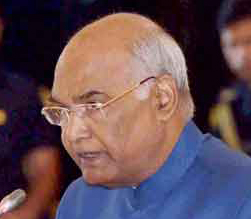 “The President of India, as advised by the Prime Minister, has accepted the resignation of Upendra Kushwaha from the Union Council of Ministers, with immediate effect,” an official communique said.

The RLSP chief also said Modi has been pursuing an “opaque style of functioning and a non-democratic leadership style”.

Kushwaha, who is the second BJP ally to quit the Modi government after the Telugu Desam Party (TDP), said in a long letter that the Union Cabinet “has been reduced to a mere rubber stamp”.